How Is A Sports Car Different From A Normal Car?

The difference between sports cars and normal cars stems from diametrically opposite needs which these two types of vehicles were designed to fill. Sports cars are built for speed, high maneuverability, stability, agility, nimble handling and spirited performance. These vehicles are great at satisfying a very specific need – the need for speed, and they perform poorly in most other aspects (e.g. fuel economy, passenger capacity, maintenance costs). The truth is, that they don’t even need to excel in all areas, because they weren’t designed as perfect all-purpose vehicles in the first place. 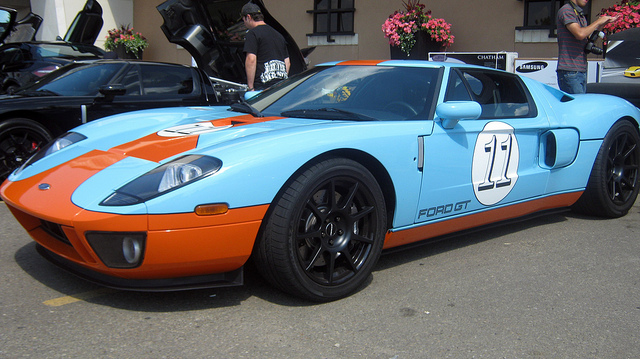 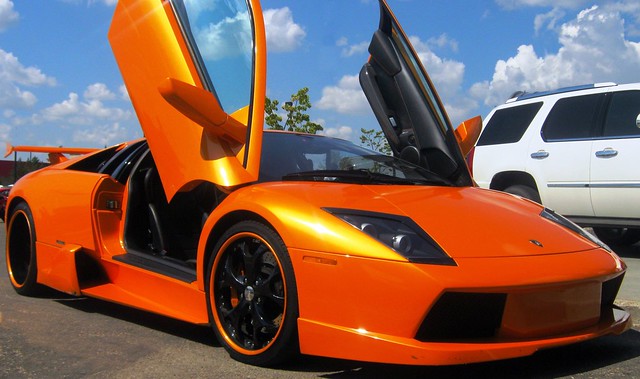 Normal cars on the other hand, can’t reach high speeds and cut corners at 60 mph, but they CAN take a family of four AND their dog on a 10 day vacation with a trunk full of luggage and food without much problems. People use these automobiles to go to work and drive their children to school. As opposed to sports cars, normal cars consume considerably less fuel, are cheaper to maintain, can be fitted with spare parts which don’t cost a fortune and can faithfully serve any family for 10 years if maintained properly. In other words, normal cars are built to be practical and functional. They’re built to help people in raising their children. Sports cars on the other hand, are built for pure entertainment and fun. Many people use them as symbols of wealth or to draw attention from the public. “Head turners” as they call them. 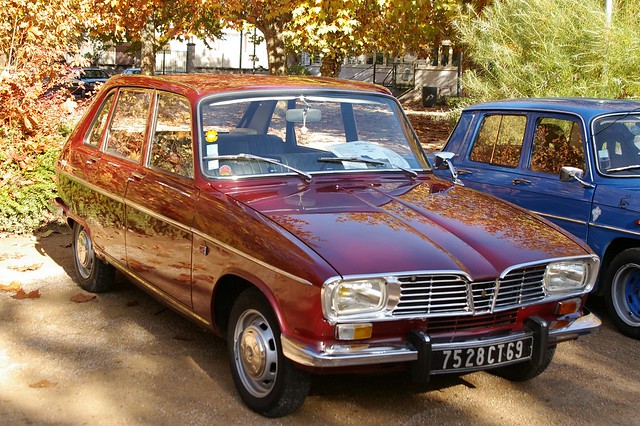 The best way to illustrate the main differences between sports cars and normal cars is trough direct comparison:

Sports cars are powered by powerful engines able to propel these vehicles to 60 mph in a matter of seconds. A typical sports car engine (e.g. Porsche Carrera 911) has the following specifications:

When compared to a sports car, an engine of a normal car (e.g. Ford Mondeo Duratec Petrol) looks pretty modest:

Without a doubt, normal cars can’t compete with sports cars in engine performance. Normal cars however, take the lead in fuel economy and longevity.

A sports car can trade fuel economy for speed, so most of them have a terrible fuel efficiency. An average sports car can travel only about 22 miles per gallon (e.g. Porsche 911, combined driving cycle, 6 cyl, 3.4 L, Manual 7-spd, premium gasoline). An average saloon/sedan can travel for 50 mpg (Volkswagen Jetta, urban cycle, 1.9 litre Turbocharged Direct Injection diesel engine). That is a huge difference. However, considering that most sports cars owners put performance in front of fuel consumption, this is not necessarily bad if taken from their point of view. 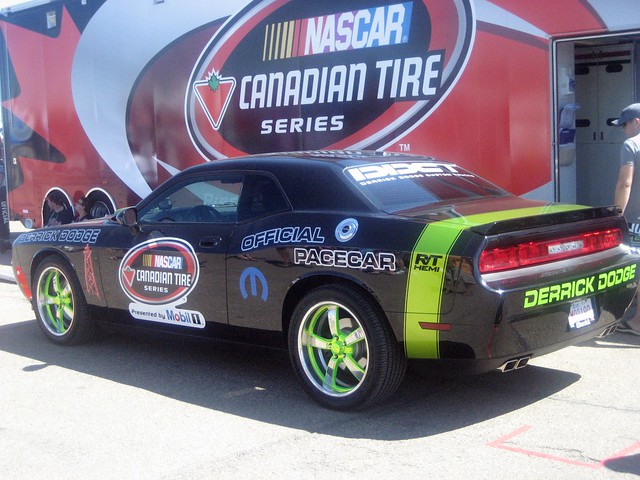 Sports cars have a sturdy, rigid chassis which allows them to cut corners at high speed without loosing traction. Manufacturers often use advanced materials like carbon fibres to reduce weight and gain high stiffness and tensile strength. The chassis of a normal car is designed with comfort in mind. Even though the chassis of normal cars is made using cheaper materials, the technology has advanced just enough to make this irrelevant in everyday use. 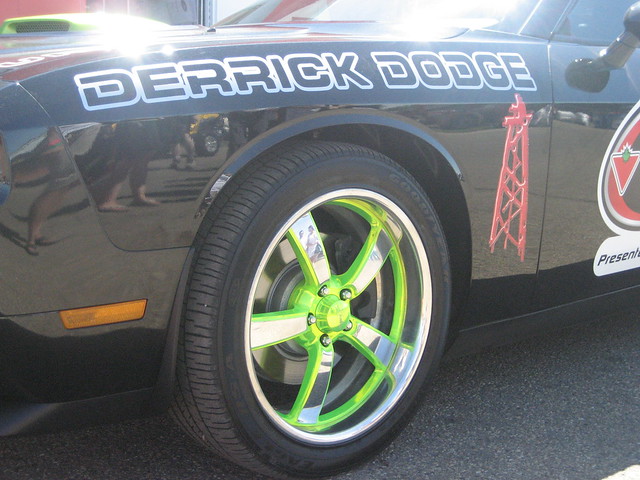 Sports cars are often fitted with advanced self-ventilating cross-drilled carbon ceramic brakes which prevent overheating and efficiently stop these supercars in a matter of seconds. Considering that most normal cars are used to transport a passenger from point A to point B, their brakes are designed accordingly. This doesn’t mean that average brakes are sub standard; they just don’t need carbon ceramic because manufacturers assume that you won’t be driving 150 mph in a Ford Mondeo. Actually, 21st century brakes are equipped with all wonders of the latest automotive technology; ABS, EBD and EBA. 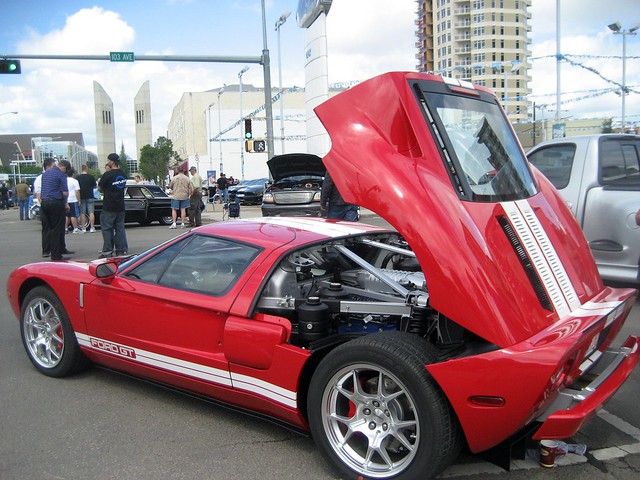 Sports cars and normal cars often have similar cargo capacity (some sports cars even have larger trunks than an average family car). However, fitting a large trunk in a sports car is a lot simpler than fitting the trunk of the same size in a normal car because sports cars often come with a lower number of seats. This is especially true for a 2 seater like the 2012 Chevrolet Corvette. Normal cars on the other hand, often come with elaborate seat configurations and a greater number of seats – a fact which limits cargo capacity from the start. 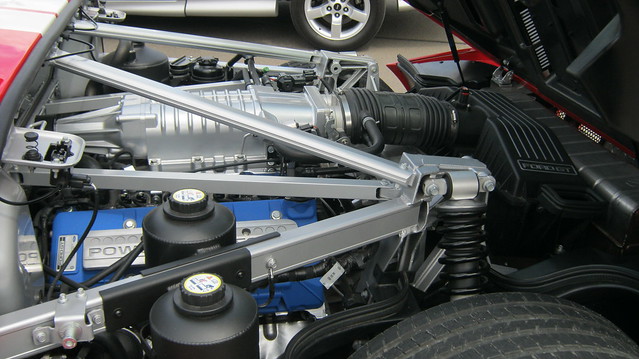 Most sports cars are designed to be sleek and muscular. Apart from the visual appeal, low profile also means less wind resistance at high speeds – which in turn improves performance even more. Everything about a sports car is subjected to speed and power. Especially the interior. When you sit behind the wheel of one of these vehicles, more often than not you’ll feel like you’re driving the latest jet fighter. Bucket seats, formula 1-style steering wheels, chromed pedals and advanced controls which enable you to activate various ‘sport’ modes, make these vehicles a dream come true for any guy. Normal cars on the other hand, are designed to be both attractive and functional.

They aren’t so low profile and fitted with advanced gadgets. However, normal cars have a perfect ratio of appeal to the opposite sex, functionality and reliability. Sports cars and normal cars will never replace each other, as there will always be people who like the thrill of accelerating from 0-60 mph in 3 seconds. As there will always be customers who need of a normal car which enables them to drive their children to school. These two types of cars could never compete. Actually, they shouldn’t because they complement each other.

Jim Lowin is a big fan of fast cars. He makes a living as a motor mechanic.