The most powerful sense we have is sight, with a significant portion of our brains dedicated to it. Yet sight is entirely dependent on light: a lack of it makes sight useless. Being able to detect change in light is and has been essential to our species’ survival: whether it’s recognising the time of day or our pupils’ dilation in order to see clearer during such change. But being incorporated into modern technology – in everything from day night switches to cars – has made our lives even safer. 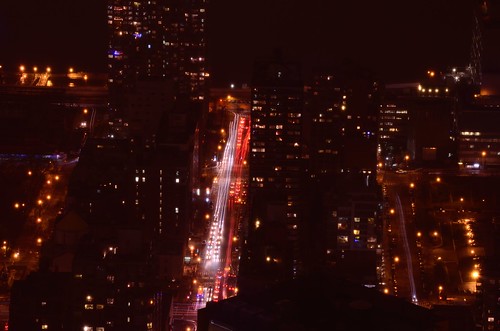 Perhaps the most well-known use for light sensors is in the home: whether it’s in a day night switch that automatically activates a light, an alarm system and so on. These provide and add to a home-owner’s safety.

It does so either as direct security, in terms of these alarm systems and dissuading potential burglars with lights, or indirectly, by lighting up darker areas. After all, the WHO reported falls as the second leading cause of accidental or unintentional injury deaths worldwide. Light drastically reduces falls since many occur from the inability to navigate – even familiar – environments.

Aside from similar usage in military compounds to protect both service people and citizens, light detection goes into more advanced areas. The United States Department of Defence has paid defence contractors to install helicopters with low-light sensors. Retrofitting Apache helicopters – which means adding new technology to older systems already in place – the deal is enough for two Apache battalions. As the contractors explained, it will drastically help reduce “Friendly fire”.

In 2007, two million drivers in the UK fell asleep at the wheel. The United States Center for Disease Control reported that 4.2% of US drivers become drowsy or collapse from exhaustion. Aside from the usual dangers of driving into other cars, pedestrians and so on significantly increasing, drivers are also not capable of turning their lights on when it is night, raining, or becomes foggy.

Furthermore, many drivers “zone out” on the drive home, which usually takes place around sunset. This means drivers do not notice their lights are not on, since they left when the sun was shining and are not paying attention when night begins.

Day night switches in vehicles, activated by light sensors, automatically activate when the ambient light is reduced – meaning other drivers and pedestrians see you and you see them.

Thus, the now widely-used mechanism of light detection can help save lives and has, in all these varied areas, made us much safer – whether as homeowners, soldiers, or drivers.

Terrence has been writing for longer than most have been alive. He has a longtime interest in security technology and how to use it effectively, to help save lives.