If, like most of us, you’re not quite fluent in the ins-and-outs of computer technology and how it all works, you’ve probably not taken a minute to appreciate the powerful advantages of the uninterrupted power supply, or UPS, battery. It provides uses and conveniences to computer users that are manifold — without them, we wouldn’t be able to safely shut down computers and we’d be frequently facing the troubles that come along with abrupt shutdowns. Computer users also wouldn’t be protected from power surges, which often result in lost data or uncorrectable damage do the hard drive. Along with their many other important features, these serve as reasons for computer users to get the best UPS batteries on the market.

When shopping for a UPS battery, certain things need to be taken into consideration to ensure that you’re getting the best brand for your needs. Look into the size/capacity of the battery as well as the manufacturer’s name and the time frame of operation after disconnection. It’s important to get a reputable name brand because, as stated before, a low-quality battery could result in susceptibility to power surges and abrupt shutdowns which are dangerous for your PC’s health. And if you’re the type of person to take your laptop with you on-the-go, it’s worth shelling out the few extra dollars for a battery that will last you that whole bus ride. 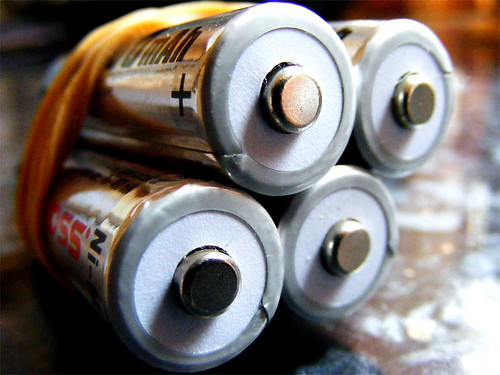 An uninterrupted power supply battery works by removing the direct connection between the wall outlet and the computer itself. Instead, the battery acts as a middle man in the current of power. This way, the battery can get rid of the risk of power surges, since when plugged in, it absorbs and holds charge for a period of time off which the computer can run.

The Types of UPS

There are two different types of UPS batteries. The first type is the standby UPS. This type of battery will continue to use the power supplied by the wall outlet as its main source of energy so long that there are no issues in doing so. However, it can detect any issues from the wall utility, and if it does, it will then tap into its own internal batteries as a source of power. It’s able to convert the direct current power from the batteries into the alternating current power that the computer prefers using an internal inverter.

The other type is the continuous uninterruptible power supply, which constantly uses the energy in the reservoir of its internal batteries while consistently recharging these batteries with the energy from the wall power supply. This type of battery, like the standby UPS battery, has an internal power inverter that is continuously converting DC energy into AC energy as per the computer’s preference. Since the batteries are consistently being charged, even while the computer is using them for energy, should there be an interruption in the power supply from the wall utility, the battery will have its own saved-up energy to use instead.

Imagine what happens to your television or microwave when you have a power surge or blackout — they immediately turn off and are unusable. That’s why the UPS invention has revolutionized the computer industry. Rather than your computer dangerously shutting off with the power, it is kept on so that no irreparable issues occur as a result of power loss.

Andrew has always enjoyed computers, and when he comes across interesting information he enjoys sharing it with others.