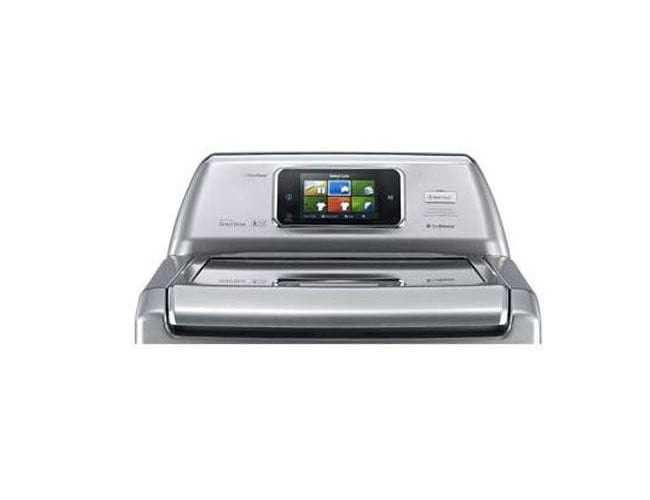 Washing machines are one of those household appliances that never die early. Till last week I had a washing machine that lasted more than a decade. All this time I was very comfortable using it and until it just gave up I never actually thought of buying a new one. But since it did gave up I went to the market and got a new washing machine from LG. I was amazed to see that so much has changed in these ten years. At one point I even asked myself if they were still simple washing machines or some sought of computers!! Well that was meant to be humorous. Initially I did felt that I might not be able to make this transaction but as I got used to it I found that washing machines have indeed become life simplifiers. I was so impressed by this product that I decided to make a review on it.

To be honest, this is the smartest washing machine that I have ever seen. It has 14 wash cycles. The feature that I liked the most was the presence of an allergen cycle that can remove dander and dust from even the most delicate fabrics without damaging them in anyway. Since it’s an advanced washing machine it also has all of the other common options like delicate, heavy duty and permanent press.

I remember that my mother once told me that the best way to remove allergens from delicate fabrics is to steam clean them. I think that LG must have heard it as they have now included this feature in their washing machine i.e. in the LG Smart ThinQ.

Another feature that I heavily appreciate in this washing machine is the kids wear cycle; it’s a special wash cycle for heavily soiled clothes. And if you are saying that kids clothes are very delicate and they might get damaged with intensive washing then let me tell you that there is nothing to worry as this cycle also takes advantage of the onboard heater and keeps your kid’s clothes just the way they should be.

For those who think that their needs are a bit different than the pre programmed cycles then the LG Smart ThinQ also allows the user to save their own custom cycles. Now that’s definitely something new.

If you thought that washing machines cannot get any more advanced then get ready for the surprise as this washing machine is compatible with most of the smart phones. Yes I just mentioned the relationship between a washing machine and a smart phone. You can easily keep a track of the energy usage, cycle progress and control all of its functions with your smart phone, now that’s a smart feature.

If you are looking for a washing machine that compliments other advanced digital products in your home then this is the product to buy. Since washing machines last more than a decade it would be nice if you had such a product that is technologically advanced and will not get outdated very soon. I hope that this product review presents a very clear picture regarding its functionality and efficiency.

[alert heading=”Author” type=”alert-success” block=”false” close=”false”]Arnold James is a professional baseball player. After his washing machine broke down he was having a hard time in cleaning his uniform, but since he purchased the LG Smart ThinQ he has been focusing more on his game and less on his uniform.[/alert]
Blog

Buying Your First Car: 7 Things To Look Out For