The burgeoning field of plastic electronics has garnered a great deal of interest in many different industries across the globe, and even with the US Army. In fact the Army was so keen to discover its potential that as early as 2004 it established with its partners a dedicated Flexible Display Centre for research at Arizona State University.

Now, according to a recent article on the US Army’s website by David McNally of US Army Research, Development and Engineering Command, the centre has made a number of ‘significant breakthroughs’ and has acquired over 50 patents. 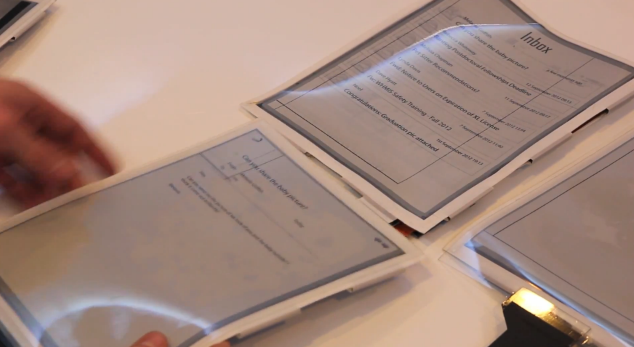 The US army envisages many uses for the technology, not least in making things easier for its soldiers in the field. “We were starting to develop a lot of new kinds of electronic gizmos to help soldiers,” explained Nick Colaner, the research centre’s director. “The problem was they all needed displays. Flat displays today are made out of glass. Glass is heavy and it breaks, so we’re all about getting glass out of displays.”

The many benefits of plastic electronics

The ability to create lightweight displays that are flexible and difficult to break is one of the major benefits of plastic technology. The US army says it is even considering a flexible display that could be integrated into the sleeve of a soldier’s uniform. This could display vital information, such as mission objectives and intelligence updates. The flexible display will also benefit from low-power requirements, greater durability and a relatively low cost of manufacture, according to program manager David Morton.

It is also believed that plastic electronics technology could be used on military vehicles. Because plastic electronics are generally smaller and lighter than their traditional counterparts, they could play a part in not only saving space in the vehicles but also making them lighter. The flexible, rugged nature of such electronics also has obvious benefits in hostile situations.

Plastic electronics have even enabled the Army to develop ‘smart underwear’ which can be worn by its soldiers. The under-garments contain an electronic network and sensors which allow things like heart rate, skin temperature and other important variables to be monitored closely, at no inconvenience to the soldier.

Of course it’s not just the soldiers of the future who are set to experience the plastic electronics revolution. Many civilian applications have already been dreamed up and work is well underway at research centres across the world to bring organic electronics to the masses. Before too long flexible displays and similar electronics may be found in everything from phones, tablet PCs and e-readers, to outdoor advertising and even breakfast cereal packaging.

Simon Wilson is a blogger from the Big Smoke. his interests include interior design, skiing and new technologies.  Simon has a particular interest in advancements in display and plastic technologies.