You In Control Of A Telescope In Space (Video)

Would it be cool if you could have control of a telescope in space so you can view mars and the lunar your way , well that is coming to reality very soon with the the already passed kickstarter project that passed the 150% mark already, the Arkyd

The other cool thing is you will be able to send you picture in space, by that you will see the picture on the cool LCD screen with the earth being in the background.

Arkyd the Telescope In Space

The company that is doing this is Planetary Resources

This project is scheduled to launch on 2015 making this the first ever public telescope that hovers in space.

Here is what the money will bring 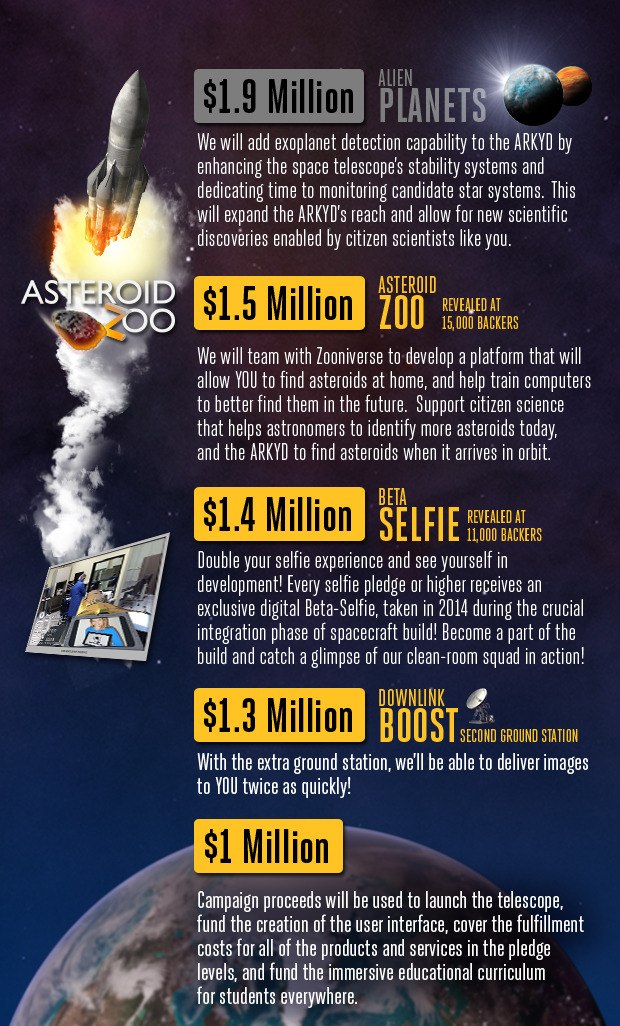 Nanosensor Which Can Detect Bacteria Within MinutesFeatured News