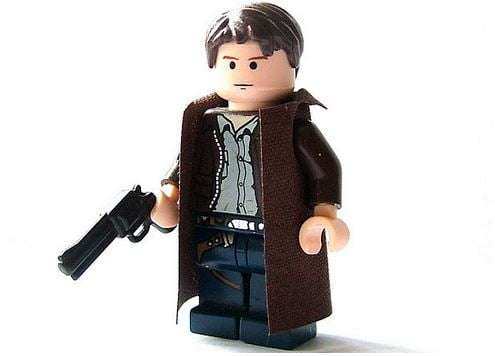 With more mobile phone users than ever, cellphones have the chance to change the face of video surveillance. Normally, video surveillance is done using conventional security measures like IP cameras. Most of the time, smartphones are used to connect remotely to video monitors or recorders. Using a variety of different applications, they can view the current video feed or look at previous recordings. For business professionals or concerned parents, this new technology has made video surveillance easy to access from any location.

Mobile devices and security measures have enjoyed a rise in popularity. Much of this growth is due to demand by customers. Modern consumers do not want the old and hefty analog systems of the past. In the place of these old school devices, users are now taking advantage of digital technology. The end user of these products has grown increasingly tech-savvy and demands that technology like HD images is included in any surveillance system. Consumers want to know why it is possible to get a live video conference on their smartphone, but cannot access live video feeds from their security cameras. This demand has led security professionals to investigate new ways to use technology in the video surveillance field.

According to the Centre for Retail Research, a recent survey showed that 57 percent of retail companies in Northern Europe wanted to have access to their video surveillance equipment from a smartphone. The survey also showed that 60 percent of retailers also wanted an attractive security system. Data like this indicates that the widespread usage of smartphones is changing the security marketplace.

In the smartphone industry, most of the innovation with applications was not done by the phone’s manufacturer. Instead, this work was completed by developers who raced to find unique and clever applications that had never been done before. In the security industry, more third-party analytic applications are becoming available. This allows customers to investigate new ways to deploy network cameras. Some applications can embed within an application and run. Not so long ago, the idea of automatic license plate or face recognition was an unrealistic dream of designers. In modern times, this is now a reality. Some audio systems can even detect aggression. If someone comes into a building with the intent to cause harm, the audio system will create a video-verified alarm.

Other applications that are now possible include people counting and heat maps. This data can be used by companies to improve the operation of their business. Over time, this information can also increase the business’s bottom line.

Managing Employees with the Help of Video Surveillance

Video surveillance is no longer just about providing employees and customers with a safe environment. Instead, IP cameras can be used in other aspects of the business. With a trajectory that parallels the smartphones innovative growth, surveillance methods can now be adopted for other pursuits. Phones originally began as a method to make a call. The sleek devices that exist today help users in a broader array of activities. This shift will be recreated in the future with surveillance cameras. They will one day be able to help a company to manage risk and become more efficient. Over time, the cameras will be able to deliver real value to the business.

Someday the technology seen in science fiction movies will be a real possibility. As cameras shift away from only recording crimes, they will move toward predicting criminal activity that has not yet occurred. This technology could be used to prevent accidents, crime and health problems.

Many people believe that the smartphone has been pushed to the limits of technology. Luckily, security cameras and surveillance systems are only beginning to live up to their true potential. With better IP camera technology, users can develop a better understanding of the practical and potential applications of the technology.

The smartphone industry shows the potential of technology and innovation. In the security industry, this innovative approach is only beginning to take hold. As new developments take place, sci-fi technology will become a reality.

Author Bio Dylan Johnson is a photographer and a writer for Security Options in Oklahoma. They cover new home security systems and technology, automation methods access control and more. They are proud to be a leader in the industry.

Can A Smartphone Replace A Digital Camera?

The Car Of The Future