Even Google has noticed the crazy temperatures in Canada, in Yukon  that went on on February 3, 1947 with a negative 63 C making it pretty cold.

Google is celebrating this with a cool warming doodle with a cat staring outside the window if it can barely  see anything because the windows are frozen.

At This day in 1947 the Snag -63 C temperatures were sure a serious thing skin could be frozen lass than 3 minutes while thinking of the animals on that day its a sad thing. 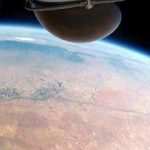