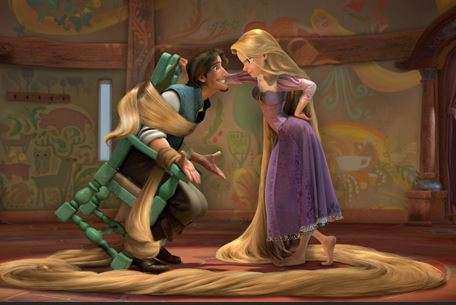 How can you even consider which is the best feature length animation studio without Disney springing to mind? The granddaddy of animated movies, with Snow White they gave us the first full feature length animation when many said it wasn’t possible. This was followed by a string of classic movies that are now a part of everyone’s childhood. While you can’t deny that some of their films have been less well received, nearly 80 years of prolific output means that Disney’s hit rate is still impressive. For better or worse, the name Disney will always mean animation.

Starting off as a branch of ILM developing computer graphics, Pixar has grown to take Disney’s crown as king of the animated feature film. In 1995 they gave us the first full length CGI feature with Toy Story. Since then they’ve put out a stream of classic films that have combined peerless storytelling and cutting edge computer technology. What makes Pixar stand out is their risk taking. While they don’t avoid sequels, they never stick to the same formula and try out different things. 2011’s Cars 2 brought them their first critical flop, but a lot of the film’s poor reception is due to comparison with their other, stellar films. A bad Pixar film is still better than some of their competitors’ best.

Moving away from America, Japan’s Studio Ghibli has given us some of the most beautiful and well crafted animation of the last thirty years. Hayao Miyazaki and his team came to prominence outside of Japan when 2001’s Spirited Away took the Oscar for Best Animated Feature. Their films are a refreshing contrast to the modern CGI trend, with beautiful hand drawn art combined with magical stories that can bring out the child in anyone.

At first seen as a lesser competitor to Pixar – their first feature Antz came out in direct competition with Pixar’s Bug’s Life – Dreamworks has managed to move out of that shadow to create its own unique brand and style. Their first big hit came with Shrek, which won the first ever Oscar for Best Animated Feature. Since then they have produced a long list of successful titles. While they don’t have the same dependable quality as Pixar, and have an unfortunate liking for sequels and franchises, they nevertheless have created some classic, stand out hits.

While a small player compared to some of the others on this list, Aardman nevertheless deserve a place. Perhaps better known for their television work, Aardman movies have their own distinct style that’s instantly recognisable. Like Pixar they tend to focus on quality rather than output, as attested by their various Oscar and Annie Award victories. Their relatively small size means they tend to work in partnership, first with Dreamworks and more recently with Sony Pictures Animation. However all of those movies, from Chicken Run to Pirates! In an Adventure with Scientists, are Aardman creations through and through.

A relative newcomer to the scene, but a big name nevertheless. Since 2006, Sony’s animation house has put out a number of movies and has a long list in preproduction. Their recent partnership with Aardman has given them a slight push from a more established, if smaller, studio which led to their second Oscar nomination.

Originally a SFX studio, Blue Sky was one the verge of being shut down by its parent company, 20th Century Fox, and was saved only by the massive success of its first feature, Ice Age. With that franchise tent poling the studio, they have continued to put out movies and build a reputation with the public for good animation. While the critical reception to their films has been a little varied, they are a consistent commercial success.

Donna is a marketing manager at Edictive. She has worked in film and animation over twelve years and now helps studios improve their workflow with technology.

The 5 Most Impressive Homes Worth Protecting In Hollywood