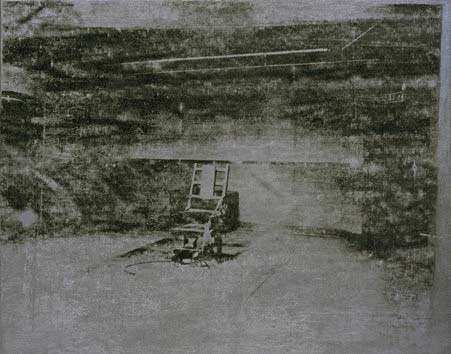 8 Scariest Paintings Of All Time

Artists have always gone out of their way to disturb and unsettle us, relishing the idea of scaring us out of our wits with a plethora of surreal, unnerving, bloodthirsty and gory images. So here’s a retrospective on some of the most terrifying paintings to ever see the light of an easel.

For starters though, for me, Edvard Munch’s The Scream is a bit of a cop-out. Sure, it’s been referenced countless times in art, literature and movies as a staple, go-to image to encapsulate thrills, spills and chills. But it’s overused and somewhat clichéd. Plus it’s not really that scary or horrific. So we’ll (paint) brush over that one.

There have, however, been plenty of suitably grotesque, flesh-creeping, skin-crawling efforts daubed through the annals of artistic history -works that will truly make you shudder with fear and hide behind the sofa.

Here are eight of the scariest.

An amalgamation of pure evil – man, woman, dog, bird, dragon, devil – Memling’s vicious looking gremlin dances gleefully on burning bodies of the damned. The hellish inferno itself spits and bubbles and boils within the jaws of a gigantic fish, as the malevolent demon triumphantly displays a banner with the words: “In hell there is no redemption.”

Perhaps the most classic and famous artistic representation of a dream in art, a virginal sleeper lays on a bed like a sacrificial victim as a troll sits on her stomach, his ears casting horn-like shadows. A wide-eyed stallions peers on from behind to observe the scene. Pre-Freuding Freud, its intimations of bestiality, murder, rape and voyeurism, and the idea of a nightmare as a nocturnal violation, are clear for all to see.

“Everything I do is connected with death,” Warhol once remarked, and his silkscreen print of the electric chair – created in 1963, the same year as the final two executions in New York – is controversial and disturbing, immediate and poignant, shadowy and foreboding. Terrifying then, not in a brutal or bloody sense, but in its chilling, detached isolation and silence.

Greek myth has it that Saturn belived his owns were destined to defeat him, so defeated the prophecy by eating his children. Goya appraoched the tale in an entirely different way – with a monster chomping the head off a grown man – but Ruben’s interpretation is truly gruesome, disturbing and distressingly cannibalistic, as Saturn bites into the belly-flesh of his own infant.

A gruesome depiction of the satyr, Marsyas, being punished for losing a contest with Apollo, Titian’s graphic artistic rendering shows him hanging upside down, skin being flayed, a violinist dreamily playing beside all the carnage, and a dog enthusiastically lapping up the blood and flesh.

The already horrific vision is made more unsettling by the fact the canvas itself seems beaten up and distressed, adding an extra dimension of grotesquerie to the scene. Titian even gives himself a cameo appearance, sat looking on at the event of carnage.

Those of a certain age will fondly remember the original Clash of the Titans and stop-motion master Ray Harryhausen’s hissing, red-eyed, turn-you-to-stone Medusa. It was the stuff of many a childhood nightmare (mine included).

Medusa was one of three Gorgons, snakes entangled in her hair and who could turn anyone to stone by looking at them. Greek hero Perseus got around this tricky situation by deflecting her stare with a mirror and decapitating her.

A bizarre and twisted juxtaposition of life and death, tragedy and parody, along with a strange beauty and tranquility. The heads have been arranged so she looks asleep as he snores beside her. Dead and yet disconcertingly, metaphorically given life through Gericault’s genius, the aftermath of the execution has been artistically executed with a grotesque but disturbingly glorious flourish.

The bible devotes a whole book to Judith, who epitomises the power of the Israelis to defeat the enemy, and who lures the Commander Holofernes to his tent, gets him drunk, then decapitates him. It’s a painting of shocking contasts – the relatively serene Judith juxtaposed with the agonised, writhing, tortured, bloody final moments of the Commander.

It’s brutally and horrifically realistic – head twisted at an unusual angle, blood gushing from his throat – and even today has a visceral potency that still makes you squirm.

Can you think of any more scary paintings that would sit quite comfortably alongside this impressively disturbing line of macabre shockers? Share in the comments.

Ghostly Goings-on On The Underground