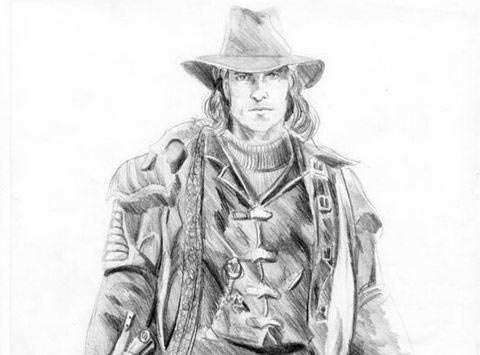 Ghostly Goings-on On The Underground

While movement of goods in the capital has always been the preserve of commercial vehicles, from the earliest horse drawn carts and vans to their modern man-and van equivalents such as Van Man in London, the railway and, particularly in the center of London, the underground has been a vital component in passenger transport for London commuters for over 150 years.

Most Londoners don’t give a second thought to using the underground. Yet even regular users would admit to a certain feeling of unease which pervades much of the subterranean warren of tunnels at times. Some stations seem to suffer more than others from this unspecified malaise. And many of these have a darker story to tell.

Seasoned tube travellers will know that the tunnels deep under the centre of London contain a number of deserted and abandoned stations, some of which are now only identifiable by a widening of the tunnels at some locations. The Huffington Post online newspaper recently published an interesting map of these abandoned outposts of the underground network. However, some of these “ghost stations” are alleged to contain something more substantial than just a ghostly atmosphere.

Aldwych is one of the more recent “ghost stations”, closing only in 1994 when the original lift machinery was deemed unsafe and, with removal and replacement estimated at £3-4M, uneconomic to repair. Due to its relatively original condition, it has been used in many period dramas over the years and, indeed, still features in TV and film productions. Even when it was still a working station, many staff and passengers have reported an actress of a different kind at Aldwych. Over the years, there have been many sightings of what is believed to be an actress (the station was built on the site of the Royal Strand Theatre) who walks the platforms and tunnels, anxious and agitated, seemingly seeking something or someone.

British Museum, on the Circle Line, is another “ghost station”, closed in the 1930s. The platforms are also, however, reportedly haunted by an Egyptian princess whose mummified remains reside in the museum itself. A national newspaper once offered a reward for anyone willing to spend the night in the station alone. There were no takers.

A premonition – and a phantom

The Kings Cross fire was the catalyst for a major renovation process on the underground which saw the removal and replacement of all the network’s old wooden escalators. In September 1987, two months before the disaster, the band Pet Shop Boys released an album containing a track titled “Kings Cross” containing the lyrics “Only last night I found myself lost / by the station called Kings Cross / Dead and wounded on either side / you know it’s only a matter of time”.

While Neil Tennant of the band has denied any direct premonition, he has admitted that the station, particularly the underground station, has always held a feeling of unease about it. He’s also admitted feeling rather shaken at the apparent prescience of his lyrics considering the tragic events of 18th November 1987.

In 1998, a figure of a young woman, sobbing and stretching out her hands, was seen at the station entrance by a passer-by who watched, horrified, as another passenger, apparently oblivious to her presence, walked right through the apparition – which promptly disappeared. A ghostly reminder of a tragic event, perhaps?

One of the most commonly seen London Underground ghosts is that of Sarah Whitehead, whose brother, Phillip, a senior cashier at the Bank of England was executed for fraud and embezzlement. Grief stricken, she visited the Bank dressed in black in the hope that her brother would somehow return. Many passengers at Bank station down the years have seen the figure of a woman dressed in black who disappears if approached, or else passes out of sight through the solid tunnel walls.

With many other reported sightings of phantoms and spirits, it seems that London’s underground is not only the oldest, it’s the most haunted too. Thankfully, this doesn’t seem to be too off-putting for the legions of commuters, many of whom have taken advantages of the services of London removals companies to relocate from the capital to the suburbs, who regularly share the underground system with its more ethereal users.

Mark Williams is a transport historian and author with a particular interest in the London Underground network. Living in Hertfordshire, he travels into the capital daily and knows the underground as a frequent user too. He has photographed much of the network and is working on a definitive record of the history of the abandoned outposts of the system.

He is married and, with his wife Margaret, is a member of the village’s amateur dramatic company, in which, he insists, he makes up in enthusiasm what he lacks in talent.

8 Scariest Paintings Of All Time