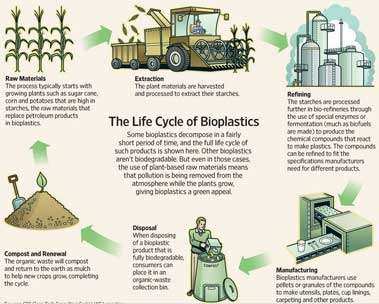 Bioplastics Could Be The Material Of The Future

Bioplastics Could be the Material of the Future

Bio-On, an Italian startup that produces plastics sourced from plant material, has been in business since 2007, but a recent announcement shows that they could be ready to take their earth-friendly materials to a much wider customer base.

Automotive supply manufacturer Magna, a key supplier to BMW and several other brands, recently announced an exclusive partnership with Bio-On to determine how their bioplastics could be made an economically viable part of the manufacturing process.

Bio-on creates bioplastics using residue from the sugar production process, including materials from both sugar beets and sugar cane. Since sugar is something that is already widely produced across the world, these bioplastics could theoretically be mass produced without the need for massive changes to current agricultural processes or food chains.

The fact that the auto industry is paying attention to bioplastics is also good news for lovers of green technology: the industry is notorious for being stubbornly reliant on petrochemicals to drive the production process, so whatever small effect bioplastics can have on helping the auto industry overcome this reliance would certainly be a step in the right direction.

However, one of the key things to learn about bioplastics is that they’re not just good for the environment. It is true that they can provide a valid alternative to plastics sourced from petrochemicals, but they also work just as well as traditional plastics. The development of bioplastics is a powerful illustration of what can be achieved when technological innovation is applied to help solve the problems of the world.

“Our world’s overreliance on petrochemicals is something that must be overcome, and soon,” said entrepreneur Jason Hope. “I have always believed that technological innovators would play a key role in identifying a new and better way of doing things, and bioplastics could end up being the type of idea I was thinking about.”

In addition to being a viable alternative to traditional plastics, bioplastics have one important characteristic that traditional plastics don’t: they have the ability to conduct electricity, which means that they could conceivably be used as a replacement for both metals and plastics.

Bioplastics have yet to be deployed in a mass-manufactured commercial product, and Magna is the first manufacturing company to publicly announce that they would be partnering with Bio-On. However, the company’s chief executive officer Marco Astorri has stated that the company is also in discussions with various companies that produce semiconductors, e-paper, phones, and sensors about the possibilities of using bioplastics for their conduction capabilities.

Proponents of bioplastics point out that the production process is flexible enough to produce replacements for many different forms of traditional plastics, including polypropylene, polyethylene, polystyrene, and polyvinyl chloride. The futuristic material may end up being an especially good fit for the auto industry, since replacing heavy metal car parts with conductive plastic ones could result in both a lighter car and an easier manufacturing process.

There is still a lot of work left to be done before bioplastics find their way into a car near you. For one, Bio-on readily acknowledges that their materials are more expensive than traditional plastics, because they are relatively new, and lack a large-scale production history. This means that, for the time being, companies that wish to take advantage of the benefits of bioplastics would be paying a premium in order to do so.

The company also doesn’t have the data needed to back up their claims about the environmental benefits of their products. However, Astorri has stated that they will be releasing this data in 2014, and that the company is confident about the assessments they have seen so far.

In spite of everything that’s still left to be done, it is exciting about the big step forward that the Magna announcement represents for bioplastics.

“It’s exciting to see a big name like Magna sign on in support of this idea. Of course, the small startups play an important role in mixing things up and getting these ideas out there, but at a certain point, having buy-in from such a large company can make a huge difference in taking the technology from something that’s new and innovative to something that’s a part of our everyday lives.”

[alert heading=”Author” type=”alert-success” block=”false” close=”false”]About Author: Amy Taylor is a technology and business writer. Amy began her career as a small business owner in Phoenix, Arizona. She has taken that knowledge and experience and brought that to her unique writing capabilities. She really enjoys new business related issues that are tied directly to technology.[/alert]
Blog

Ford F150s Get A Military Upgrade

Next Gen Headphones The Dash (Video)