While google celebrates Franz Kafka 130rd Birthday with the cool doodle, you might be wondering who is Franz Kafka. 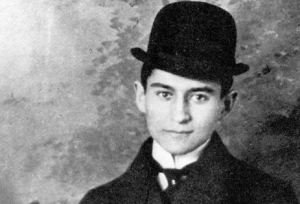 Born on 3 of july 1983 and died on 3 of june 1924 was a great novelist who was born in Austria  is still considered one of the most influenced authors of the 20th century.

Nanosensor Which Can Detect Bacteria Within Minutes