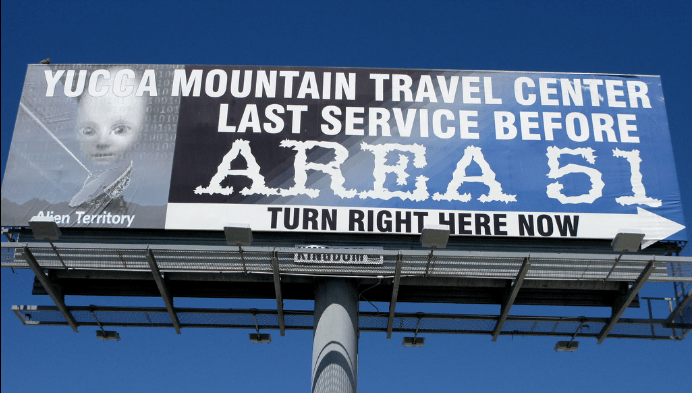 There are some secure places where its reasons for intense security make sense: like at Fort Knox, the Pentagon and really any prison. But then there are some seriously heavily guarded locations where its security gives us a sense of mystery and intrigue.

Granite Mountain is a mass of solid rock near Salt Lake, Utah. This is the chosen location to house the Mormon Church’s records facility, also known as “the Vault”. Encased in rock 600 feet inside Granite Mountains and surrounded by armed guards, the records facility apparently stores family records and genealogical history. Although this still seems to require not only administrative offices, but also shipping and receiving docks, a processing facility and a restoration laboratory for microfilm. But what’s especially strange is that despite the heavy security of this spot, the records are in any case freely available online. 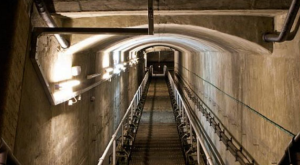 Located 100 feet underground within Britain’s secret subterranean Burlington bunker complex in Wiltshire, England, Forbes named this the most secure pub in the world. Why would a bar need to be so secure though? Because it was a bunker for the British government in the Cold War. The refuge was designed to resemble a pub that was popular with government officials at the time.

The pub is located in a giant bunker 100 feet below ground, spanning 35 acres. The underground maze was meant to keep safe about 4000 select people in the event of a nuclear attack. It was kept a mystery for three decades, and only discovered in the 90s. Shrouded in mystery, questions about the bunker persist still today.

Of course this list would have to mention Area 51. The United States military base is one of the most secure locations in the world. For many years the U.S. government disavowed its existence, and it didn’t even appear on maps. It was a Soviet satellite photograph that eventually proved that Area 51 was a secret air base in the Nevada desert. But still no one, except those that work there and the president we’re assuming, knows what’s really going on there. And so the alien rumours persist.

If Hollywood blockbusters have taught us anything, it’s that the world is doomed to meet a fiery end. So of course the rational course for world leaders and top scientists to take would be to construct an apocalypse vault to help humanity get back on its feet in such an event. The Doomsday Seed Vault is located 390 feet inside of a mountain on a secluded island in the North Sea, and houses over 250 million crop seeds. That way, post alien attack or asteroid collision, humanity will be able to regrow the planet’s vegetation to sustain the recuperating surviving population. This is one of the most guarded places on the planet. Not only is it impossible to reach by people, but it’s also protected in the event of the melting of the ice caps.

Queenie Bates is an avid reader, researcher and writer, currently based in Cape Town, South Africa. Interested in the field of control systems integration, she was curious about the most secure locations in the world, and so stumbled across these more strangely secure places.