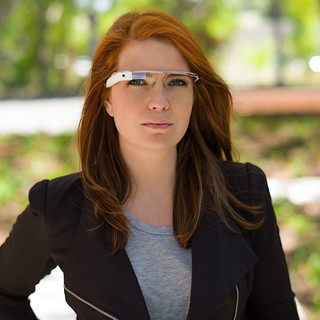 The forthcoming Google Glass has the tech world all abuzz these days along with concerns about the privacy implications raised by a device that allows people to capture and download video instantaneously to the Internet. Google Glass is essentially a computer or smartphone that can be worn as a set of glasses. However, despite all the hype, it may ultimately end up to have a limited utility among regular consumers particularly compared to the potential uses of similar devices for medical, repair, warehouse and construction professionals.

Vuzix is a New York-based company due to release a product similar to Google Glass later this year called the M100 that runs on Android. While Google Glass is aiming for more of a hip urban market of tech-savvy consumers, Vuzix foresees a number of industrial applications.

Presently, apps are being developed that are aimed primarily at medical professionals and people who fix small machines out in the field such as printer or copy machine repair people. A repair person might be instructed by the M100 where to look for problems or what to do. The M100 could also either record the work that is done or stream the information back to another location where it could be viewed by others. Other companies might be interested as well; for example, those that sell products through retail locations could use the device to monitor how someone sets up products displays.

Vuzix may be next in line after Google, but other companies are getting in on the market as well. The Golden-i, made by Kopin, Verizon and Motorola, is less sleek than other brands and runs on Windows. Kopin is positioning the device as particularly useful for emergency workers like firefighters and police officers.

Clearly designed for a tough industrial environment, Golden-i or a similar device would be particularly useful in the construction industry where it could transmit information back to a third-party as well as providing suggestions or instruction to workers just as the M100 might instruct the small machine field repair person.

There is some speculation that Google Glass is overhyped and that the market for regular consumers who want to wear a smartphone might be very small. However, the industrial implications are huge. Developers that are focusing on sturdy, resilient devices over fashion considerations may find that at least initially, they command a larger share of the market.

Other types of wearable technology like Nike’s FitBit have proved to be successful, however, so the time may be just right to launch an item that is basically a smartphone as headset. Some industry experts predict that despite wariness in some quarters about the usefulness, reception and etiquette of such devices, eye-level wearable computers will permeate both industrial and consumer markets within just a few short years.

Paul Zatter is currently blogging for a playground flooring new jersey company. When he is not blogging for his company, he enjoys to write for his own home improvement blog where he discusses various topics like home rennovation, interior design, and the best tools to get the job done.

Why The Military And Aerospace Industries Rely On Metal Plating