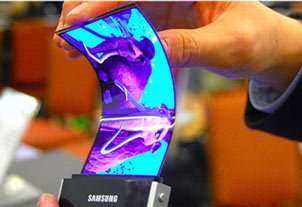 Samsung plans to introduce two new Galaxy devices with bendable displays in the foreseeable future. This is a claim from the Korean media, as their sources from within the company reported that Samsung will launch a bent Galaxy Note 4 in the second half of 2014 and a completely foldable Galaxy Note 5, the company’s new flagship phone, in 2015.

Although the foldable screen sounds like a sci-fi scenario, it is no secret that one of Samsung’s ultimate goals is to produce a fully foldable phone. In fact, the company has already developed functional flexible displays

– the ones in which picture and quality of the panel do not deteriorate at the point of folding. The displays were presented to the general public at CES 2013 and Samsung has already registered all the patents associated with such technology.

In fact, during the last month’s conference, Samsung Display’s Lee Chang-hoon stated that the company plans to further pursue the technology of bent displays, investing $1.9 billion in the production and perfection of foldable panels in this year only.

But, of course, more time is needed, and that is one of the two major reasons why Samsung will first release the bent display phone later this year and then concentrate on finishing the foldable handset in 2015. Samsung chairmen see the bent display Galaxy Note 4 as a great opportunity for market testing: Song Jong-ho, an analyst at KDB Daewoo Securities, said for the Korean Herald that 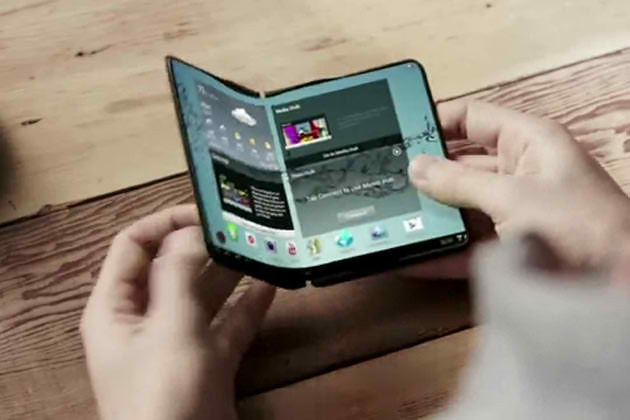 „the bent device is the first step toward testing the market and gauging how it would react to its foldable smartphones that are to be unveiled in the second half of next year.”

However, the general public is already very interested and speculations in the gadget community started as the T3, a group of consumer tech enthusiasts, posted their vision of the new Samsung ‘phablet’ on their YouTube channel. The new gadget, as imagined by the T3 crew, is based on Samsung’s various previous projects and devices and brings the foldable screen technology to a new level.

In fact, the battery seems to be the only major issue at this point – with foldable displays technology mastered, Samsung now focuses on the flexible battery, as that technology is significantly behind the progress Samsung made in displays, according to sources from within the electronics giant.

Samsung is renowned for its 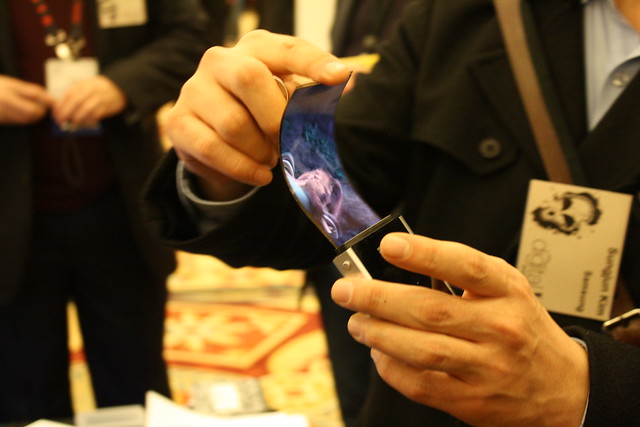 pioneer work in the field as the company has already launched the world’s first curved smartphone, the Galaxy Round, although the device was not released worldwide and is available only in a handful of countries.

Still, it’s a good indicator of just how far ahead of competition Samsung is, especially from Apple, and Kwon Oh-hyun, Samsung Electronics vice-chairman, recently confirmed that this groundbreaking technology will be in our hands sooner than we hope.

This article was written by Mary S. She is specialized in Web Design, working for WMD (Web Hosting, Independent Web Development and Web Marketing company) Also, she is working as a freelance journalist, contributing many websites and blogs with her articles.

How Will 3D Printing Effect Manufacturers And Retailers In The Future?

Smartphone the Brain of your Home