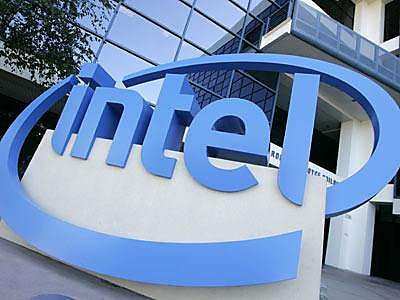 Is Intel Doing The Right Thing Getting Involved In TV Service?

A huge media rumor circulated the web just recently concerning Intel and some possible new TV service. So much is yet to be determined about this because so many people supposedly involved refuse to comment.

So What Do We Make Of All This?

Agreements by CBS, News Corp, and Viacom already are partly reached. However, the source indicating such is “one person familiar with the situation.” Therefore, I figure I need more information before I know what is true and what is not yet true. To make a long story short, further discussions are scheduled.

The same is true between Intel and Comcast NBC Universal, Disney, Time Warner, and other companies. So far, not many people want to comment on this. It may be awhile before all this news becomes public.

Intel Seems To Want To Pay The Price

The more viewers a company has, the better price they receive. Intel is just starting out, and they may have to pay a higher price than other companies who already have subscribers. For this, I give Intel a lot of credit. They seem to be willing to pay the price for what they want to achieve.

Why Intel Is Making This Move

As a valuable provider of computer processors, Intel always had an edge. However, offering service from people’s living rooms may help them stay in the game. They’re doing this to help catch up with the Cloud and mobile computing revolution currently taking place.

This is supposed to be a chance for Intel to make a mark in the entertainment world as they advance their company. To accomplish this, they want to use their high-powered computer chips in set-top boxed and Cloud-based data centers.

I Can’t Say I Blame Them

Intel always produced great products for computers. They are no different than any other company who needs to remain ahead of the competition. I appreciate any effort they make to further their brand, mainly because I would hate to see such a respectable company go out of business.

As far as I know, this company is going strong. In fact, they just invested $16 million in three different Asian companies. Furthermore, Intel just announced their fourth generation of computing processors.

Aside from trying to get an edge on television technology, Intel’s main objective is to “combine the performance of a PC with the mobility of a tablet.” They currently focus quite a bit of their attention on trying to make Ultrabooks as portable as today’s tablets.

Of course, this could affect what kinds of television programming is available on portable devices. I hope this could improve the services offered online as well as in traditional living room premium program settings.

So, Should They Do It?

I hope it works out for them. I truly do. Intel deserves to succeed at whatever they want to accomplish. Part of me fears it might be too huge of a leap, but part of me hopes they do succeed at provided home media service.

By Erin Walsh Guest Author: Erin Walsh is a technology junky and the Director of Public Relations of Boost Software. She enjoys blogging about topics in technology and occasionally guest posts on popular blogs about some of the most recent news. You can read more of her specialty blogposts at PC Health Boost where she writes about common computer problems and helps her readers and customers troubleshoot them.