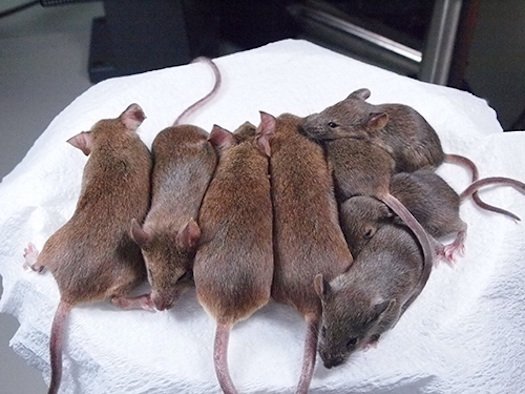 Clones with normal life span have arrived not to long before we see big changes in the cloning imaginations.

There is a new technique that is allowing biologists to make new clones without effecting the life span of the clone, the Japanese have done another great innovation.

what the scientist did is clone over 25 generations of cloning meaning making clones from other clones at 25 times over.

The total of 581 mice were cloned using the new technique of somatic cell nuclear-transfer.

This was done before with dolly the cloned sheep back in 1996 but the technology than was not ready as it is now which back than the clones died in short time span.

While the mice were protected from DNA problems while cloning 25 generations there was not any efficiency problems. With the new technique the Japanese scientist used the mice live their full life span of approximately 2 years.

What the cloning process could be used to clone animals for farming conservation.

The cloning process for the future might be a much faster process which will allow very high income people to basically live forever, if there is a great singer he will be around forever.

The movie “The Island” shows a great view of what the cloning process might be used in the future , what the movie is about is raising clones,  than taking their organs for the people who paid millions for them , who are dying.

Graphics Cards in the Future – What Should We Expect?Blog, video
Super Cool Robot Hand That Even Helps Tie A Shoe (video)Blog