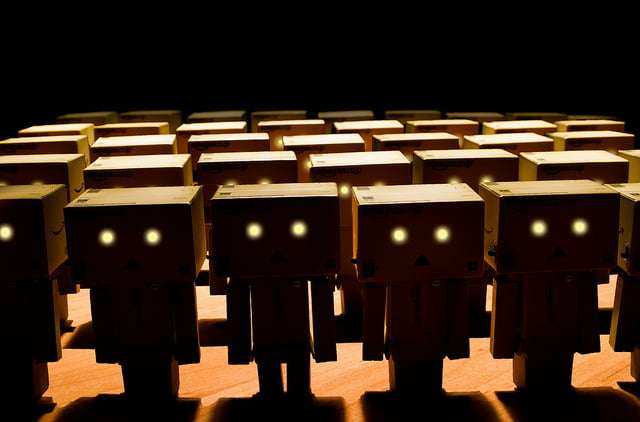 The Rise And Rise Of Robots

Throughout science-fiction, robots have enslaved humanity, exterminated humanity, turned the land into a barren wasteland and forced humanity to block out the sun. But no novel, film, comic book or video game has ever dared have them unleash something so terrifying upon us as … a job interview.

No, only in the real world can such horrors exist. A job interview is the next big thing for robots, if a collaborative research team working from Melbourne’s La Trobe University Business School and Japan’s NEC Corporation has its way.

Sophie is one of several “human-like” robots being engineered to conduct job interviews, enabling the processing of a much higher number of applicants. They are designed to engage people emotionally, as well as record and analyze their responses, to ascertain their employability. Of course, being machines, they’re able to accurately record vast quantities of data that the human eye might miss, such as subtle changes in facial expression.

Researchers in Germany have found that humans are capable of responding emotionally to robots with almost as much sensitivity as they would to humans, so the idea might not be as crazy as it sounds.

However, ambitions for Sophie and her like go further than mere job interviews. The research team believes that incorporating of these robots into the workplace could have a positive influence on performance; because nothing motivates people like an army of robot overlords watching over them.

Smarter than a Smartphone

Some believe robotics is the new frontier in information technology; the next stage in its evolution.

The research is an example of the progress Australia continues to make in the area of robotics. Such research has many potential benefits, considering the aid robotics technology can provide in many of Australia’s important industries.

A Robot in Every Home

World famous robotics engineer, Professor Hugh Durrant-Whyte, was recently named New South Wales scientist of the year, which is indicative of the interest in Australia’s advancing robotics industry. His credentials include designing underwater robots and flying weed-spraying drones, as well as mentoring the research team that designed armored robots used by US marines for marksmanship training.

He believes the robotics industry of today is the equivalent of the computer industry in the 1960s, when people were as yet unaware of the impact it would have. Little did they know those clunky mainframes would soon be present in every home, albeit it in much smaller sizes. It may only be a matter of decades before robots are present in every home.

Then it just becomes a question of who wipes us out first between the robots and computers, although it’s usually a combination of both.  However, the benefits robotics technology can provide make it an endeavor well worth pursuing, and information technology students of today may play a role in advancing this new frontier.

Matthew Flax writes for https://nowlearning.com.au/, which does its bit to advance the robotics industry by promoting a variety of IT courses and degrees from reputable tertiary learning institutions in Australia.

A Few Great Gadgets for your Office

Live streaming of the earth from above