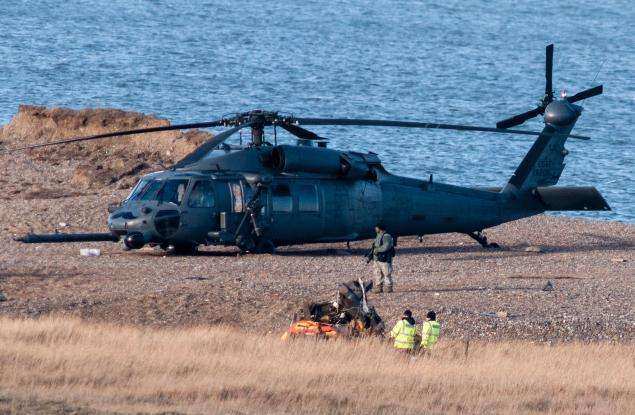 When it comes to travel, getting around by helicopter has to be one of the most convenient and efficient methods of traveling in the entire world. While planes do have their advantages, it has to be said that having to deal with airlines and airports, with their strict rules and regulations, can be extremely tiresome, extremely troublesome, and extremely frustrating at times, to say the very least. However, as with all things, helicopters included, there are risks and dangers involved, which should be considered before you go any further.

Recently, some people have been forced to question the safety of helicopter travel, after a series of seemingly unrelated incidents occurred, involving helicopter crashes, in various parts of the world.

A few weeks ago, in the country of Scotland, UK, a bizarre and tragic accident occurred late, one Friday evening involving a Police Helicopter. At around 11pm one Friday night, a police helicopter, for no apparent or obvious reason, suddenly crashed down onto a Scottish bar, killing a number of citizens, as well as the police officers and their passengers on-board the helicopter. The bar, which was called ‘The Clutha’ was especially busy due to it being a Friday night, when the helicopter suddenly crashed down onto the building below, leaving a pile of wreckage in its wake. 10 people were killed, and a number more injured. The incident caused a number of high ranking officials to question why the accident should happen in a well lit area of the country, and why, due to the fact that no obvious mechanical fault was reported.

Back in early January, 2014, a US Pave Hawk helicopter crashed in the Norfolk, UK, during a routine training mission. The mission was a routine low-flying training run, which resulted in four crewmen losing their lives when the vehicle crashed. Witnesses report seeing two helicopters, both Pave Hawks, flying low and carrying out various maneuvers before one of the helicopter suddenly crashed down onto the ground, landing in a nature reserve in the Norfolk countryside. There has been widespread speculation that a bird strike could have been responsible for bringing the vessel down, although investigations are still ongoing.

One day after the UK Norfolk crash, involving US pilots based at the nearby RAF base, a US Navy MH-53 ‘Sea Dragon’ helicopter crashed into the Atlantic ocean, leaving at least two dead, and two more injured, whilst a fifth remains unaccounted for. The accident occurred during a routine training mission, when the MH-53 helicopter was forced to make an emergency water landing in the freezing ocean. Experts are unsure why the crash happened, and investigations are being carried out to help get to the bottom of exactly what happened.

Regardless of these isolated incidents, helicopter travel is still a safe form of flying.  However, as they are far more difficult to fly and require greater pilot skill, passengers fly at their own risk.

The Best Ways To Train Your Brain