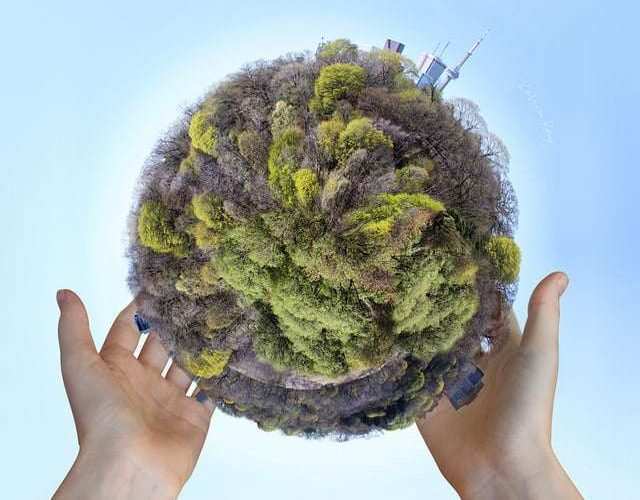 It has now come to the point where most people are very aware of what an effect they are having on the planet. This is because as a race we are generally very wasteful – and we are constantly being reminded about it. Nobody can complain though, as many don’t even think twice about throwing out cardboard or glass. These materials can now all be recycled and reused again in some form or another.

A lot of people have their houses lit up like Blackpool Tower on a consistent basis – even if everyone is downstairs the lights will often still be on in all the rooms upstairs. Others leave appliances such as kettles and microwaves on all the time when they will only be used a couple of times a day.

A lot of this is just down to being lazy and not being bothered about the consequences of not doing a simple task.  There are many ways to save energy and to save costs, for instance, simply switching off any lights or appliances that aren’t being used. Another is to grow your own food in the garden or in a greenhouse.

Many people are even beyond throwing rubbish in the recycling bin, with the worst culprits often throwing rubbish such as fast food wrappers out of their windows, which not only makes the area look dirty, but it also makes the animals that live around that area become poorly, due to them either getting stuck in it, or trying to eat the waste within. It exasperates the pest problem too.
Some people have now started to have solar panels put on to their roofs to try out a renewable energy source that may help them in the long-term, but others worry if it is too late to start to try and help, as many people don’t seem to be very bothered about these effects.

They don’t seem to care because they know that when the situation escalates, chances are it won’t be them that will have to put up with the effects. But for those who have children, it will be their descendants who bear the brunt of our generation’s laziness and attitude. Some effects have started to happen now with the changes in weather and the ozone layer being further damaged, which is only going to get worse unless dramatic changes are made. There are many people whose job it is to try and help put these changes into place.

Sandra Hughes is a recruitment manager who thinks that more people need to work together in making a real change to the environment in which they live and work.

all, Come, green, Have, living, recycle, saving, What

Five Reasons To Get Some Video Sunglasses