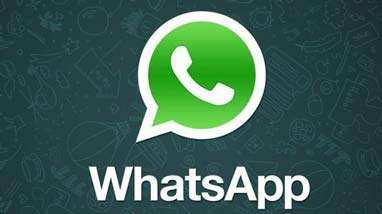 Along with the likes of Snapchat and Instagram, WhatsApp, a free texting service primarily used on smartphones, is one of the biggest social media crazes of our time, with its ever growing user base showing zero signs of slowing down any time soon, with tech experts predicting it is on the way to reaching a landmark 1 billion users. Loyal users of the app have long heralded the fact that, unlike many similar products on the market, WhatsApp is totally ad free, making it easy, and pleasurable, to use. That it is an independently ran, seemingly non-commercial, free app devoid of any annoying ads has certainly been one of the main selling points for the service since the beginning, and plays a huge part in its continued success. It is no surprise, then, that the recent news that notoriously ad based site Facebook has just purchased the app for a whopping $19bn, has been controversial.

Opinions have been varied across the Internet, with some viewing the acquisition as a positive thing, and one that will lead to the service being improved in the long run. However, the overall response seems overwhelmingly negative, and the purchasing decision has been largely contested by its avid users who are now left fretting about the future of their beloved app.

If it isn’t broken, don’t fix it

WhatsApps simplicity and scruffiness is, for many, part of its charm. Though it may not be flashy and sleek like other similar offerings, people know where they stand with the app. It is inviting and usable, and, as they say, if it isn’t broken, don’t fix it. We have all witnessed what can happen when an initially perfect, well executed idea tries to develop and expand beyond its means, and how trying to make it more complicated and multi faceted can take away from what was so appealing about it to begin with. Just look at what’s happened to Facebook, Myspace, and, unfortunately, what is happening with Twitter. Twitter have slowly been adding new features and making changes that, the consensus seems to be, are doing more harm than good. People loved Twitter because it was basic, clean and easy to use. Trying to make it fancy and advanced is detracting from its purpose, the purpose that attracted its enormous user base to begin with.

Responding to loud concerns about the future of WhatsApp and its authenticity now that it is in the hands of the commercial, sophisticated Facebook brand, the founders of the app reassured that there would be “No Ads! No Games! No Gimmicks!”, a motto that founder Jan Koum has subscribed to and stayed true to since it came into fruition. Koum has also stated that the app will run totally independently of Facebook, and to ensure this continues to be the case, he is joining their board of directors, meaning he will still have a say and be able to keep a close eye on anything.

Hopefully, Koum will stay true to his word, and his morals, and not allow the app to be tainted. However, with such an astronomical amount of money at stake, who knows what could happen to his outlook and WhatsApp itself. Only time will tell.

Andy is a author and part time technology journalist. He love cool gadgets and applications (especially the free ones!!)