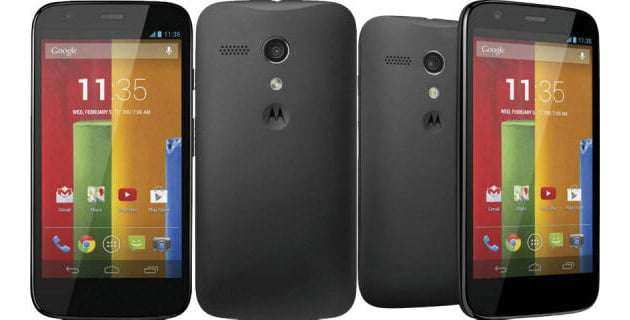 For those mobile users out there savvy enough to have purchased the budget priced Motorola Moto G, because they were willing to overlook its name and less than glossy look for its high-end specs are about to benefit again.

The Moto G has been slated to be the first non-Nexus handset to be upgraded to Android 4.4.3, KitKat. As the cheaper version of the Moto X (which is currently unavailable in the UK), the Moto G was launched in November for around £120.

For those not familiar with the Moto G, Motorola was acquired by Google in 2012, and the Moto G was developed to provide a quality smartphone at a price everyone could afford. They promised smooth integration with Google as well, and this upgrade backs that promise. 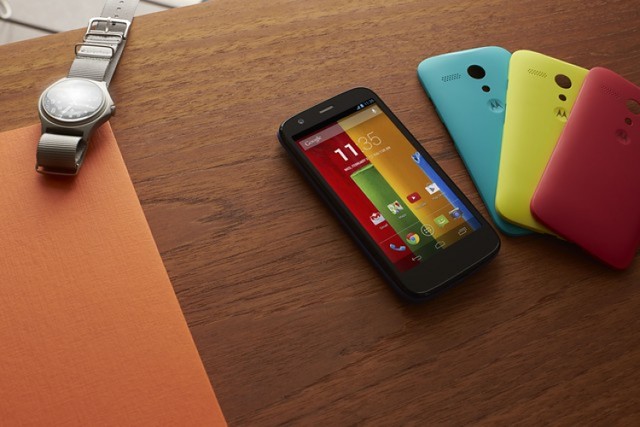 Here is a short breakdown of the Moto G:

Design – Though certainly not fancy, the Moto G is solidly built, and has a comfortable feel that betrays its ‘bargain’ status. It measures 129.9 mm x 65.9mm x 11.6mm, which doesn’t make it the smallest phone on the market, but it is a nice size. The default colour scheme is Black, but removable backplates and flip colors are available in six different colours.

The front of the phone is dominated by its 4.5-inch, 720p HD screen. Above the screen is the speaker, the front camera lens and a notification LED. The buttons and jacks are well placed, and the phone should be easy for one handed operation by most users.

The display comes in at an impressive 329 pixels per inch (ppi), and the brightness, contrast and color vibrancy are all excellent for a phone at this price. 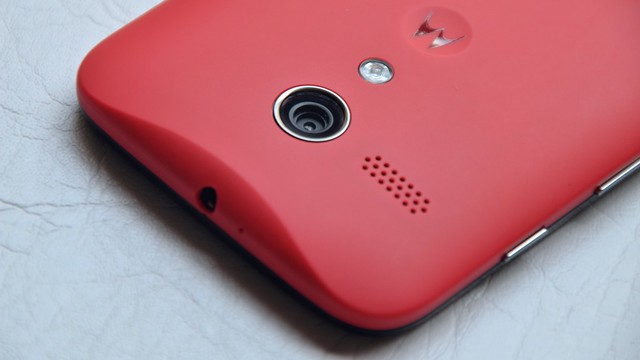 Features – The Moto G is able to provide blazing performance, thanks to its 1.2 GHz quad-core Qualcomm Snapdragon 400 SoC, including a 450 MHz Adreno 305 graphics processor and backed up by 1GB of RAM. Internal storage options are 8GB and 16GB, but unfortunately, there is no MicroSD slot for external expansion. However, you are given an extra 50GB of Google Drive space free for two years.

For connectivity, it is also off the charts for a low priced handset, offering GSM/GPRS/EDGE/UMTS/HSPA+ (and CDMA in the US). Also available are Bluetooth, GPS and an FM radio and single-band Wi-Fi. Unfortunately, dual-band Wi-Fi, LTE and NFC are not supported.

The camera is also somewhere the Moto G decided to cut corners a bit. The 5MP front camera and 1.3 MP back camera certainly take decent snaps, but they hardly compare to high-end smartphones.

Overall, you can see that the Moto G isn’t going to live up to the likes of the Nexus 4, HTC One or the iPhone, but it wasn’t intended to. When the Moto G was launched, CEO Dennis Woodside said, “Most people can’t afford a £300 or £400 smartphone. In fact, the average price of a smartphone is close to £120 – the problem is, the experience that smartphones in this class provides is really, really bad.”

This, quite simply, is the problem that the Moto G was designed to conquer, and it fills the task well. By no means a top-of the line smartphone, it has modern-day technology at an affordable price; rather than passing off a three or four year-old flagship phone as a nice value phone.

The latest upgrade to Android KitKat 4.4.3, before the HTC One, and long before the Galaxy S4 (Samsung may not upgrade to KitKat until the release of the S5), proves that this is no joke of a phone, and can compete with the big boys without giving your wallet a beating.