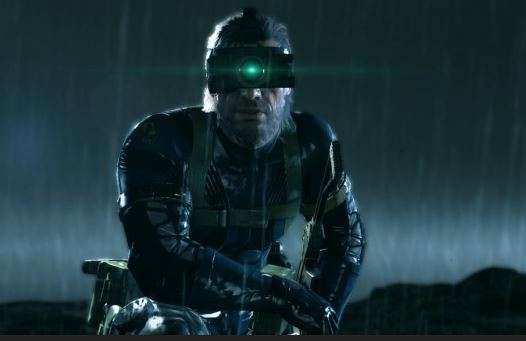 There are so many spy-themed games available, it is hard to keep track of them all. Those worth playing tend to shine above the rest. Here is a list of five popular spy-themed games worth exploring.

This is a World War II stealth fantasy inspired by the Russian notion of “Smersh,” which is literally a high command to execute people involved in espionage against the State. The “Moment of Truth” subtitle refers to the amount of planning a gamer must incorporate in order to advance. This game has an exceptional degree of AI, but is lacking in combat action. It is also, quite possibly, one of the hardest games to control. That said, once the necessary skills are mastered, Death To Spies will begin to feel like in-person participation in slowly unfolding offensive action against an enemy hoard that is convincingly Nazi. This is not a game for impatient players.

Absolutely CIA-centric and intended to transport the player into a feature film-like environment, The Great Game progresses at the pace of government. Yes, it’s a bit slow, but once the missions begin, the virtual play is graphically unmatched and intriguing. Playability is sacrificed sometimes for incredible detail, but the retro arcade shooter experience is satisfying and strangely addicting. Overall, this game is a brilliant representative of what the future of spy games may reveal.

Here’s another thrilling adventure from the minds at Konami. Though the amount of distracting lighting and sound tends to avert attention, this homage to RPG omniscient play is a testament to player research and effective goal-oriented situations. If a player has come up through the ranks of gaming systems evolution, Solid will be nothing less than fun, fun, and more fun! Multitasking is the key to success with this game. Like everything else Japanese, the action is streamlined, efficient and absolutely necessary for a pulse-pounding and mind-stretching experience. It is futuristic and fantastical, but absolutely militaristic and hero-building.

This game is billed as exotic from the POV of English-speaking cultures. As agent Thorton advances his super-spy status, incredibly detailed backdrops and arenas are experienced by the player. There is an extremely diverse choice of character-building options, and accomplished tasks are rewarded in monetary units which make it a virtual currency site. There is an appropriate balance between the desire to equip and build a character and the promise of missions hyperbolically increasing in difficulty. If martial arts and gore are a necessary element to your gaming experience, this is the spy game for you.

Movie-quality sound and motion are evident from the first few minutes of play. Few spy games allow for a visceral experience like Splinter Cell. When the player shoots, stabs, or breaks the neck of an unsuspecting enemy, the action is literally felt. Splinter Cell is overwhelmingly quiet and shadowy, but the commands are translated into action that is absolutely life-like and believable. Though moronic enemies tend to compose the opposition in the majority of combat situations, the detailed environments and accurate play response makes Splinter Cell a satisfying and masculine initiation into true espionage play.

There really is no better online gaming experience than spy-themes to see the world, execute the widest array of strategies, and have extended periods of time engaged in pure fun.

[alert heading=”Author” type=”alert-success” block=”false” close=”false”]Jantz Spelling is a lifetime gamer and underground contributor to exclusive gaming resources. He is a proponent of imagination over saturation, and respects all things virtual from Atari to WoW and beyond.[/alert]

Social Media Trends Shaping The World For Now And For Better