The future is here folk’s you can see the future of modern weapons with phenomenal prcesion which can destory anything from Drones to boats.

The laser is mounted on USS Ponce, which has been placed at the Persial Gulf.

In the test footage we see remarkable fire tests which we can see on the footage a small sized explosive object is targeted with the laser and explodes.

The U.S. Navy’s new weapon will for sure have a bright future, also known as the Laser Weapon System (or LaWS).

Here is an earlier footage of LaWS which shows how cool lasers really are, and don’t forger dangerous as well.

lasser, LaWS, Navy, uss ponce, weapon
htpoint
A web Enthusiast and blogger who loves all things design and technology. Also a professional freelancer specializing in Web Developing and Graphic Designer.
Recent Posts
Follow Us on
Sign up for our newsletter
Instagram
Twitter 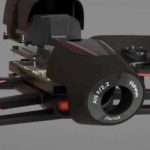 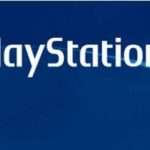