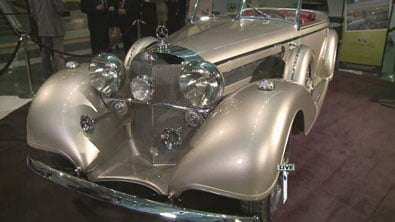 Hundreds of different cars were on show in Michigan during the 2014 Michigan International Auto Show. Everything was on display, from rare exotics and classic cars to brand new cars. The  car show is designed with buyers in mind, the idea being that it doesn’t matter what you’re in the market for you’ll be able to find what you need at the show.

Various dealers are available on site, and customers have the ability to sit in the cars and see all the of the new features. It allows customers to look at various different new cars from different companies all at the same time, and a chance to ask the dealer about the latest features and additions.

According to Blaine Sharpe, the chairman of the Grand Rapids New Car Dealers, a lot of the latest technology in cars is geared at making driving safer. Specificlaly with smart phones, many of the cars easily integrate with smart phones, allowing drivers to pay attention. Sharp states “They give you the ability to use your smartphone on the road and reduce distracted driving.” Some of the other new safety features include monitors for the blind spots in cars. These will warn you when there is someone in your blind spot and you are trying to change lanes. Another feature is an automatic breaking feature if an object is sensed right in front of your car.

According to Sharpe, this is all heading in one specific direction, “What we’re seeing right now in this technology is the beginning of the path to self-driving cars.”

Other notable items in the show included the 1938 Mercedes 540k Sport Tourer. It is the only one that was ever made. There was also a “million dollar runway” filled with cars that all ranged from a base price of 100,000 upward.

At the show you could see the interesting influences from past cars onto newer cars. For instance you could see the new Chrysler 200 on display next to its own vintage autos. Allowing onlookers to see how the car has changed over the years, and the similarities between the latest model and the older ones.

The biggest highlight of the show was still the one of a kind Mercedes 540k. At the time of production this car could produce 180 horsepower. To put that into perspective the top cars from the same generation would produce about 20 to 40 horsepower. As Bergero noted, “This is something that you might drive from another state to see, This was the kind of car that the rich and famous drove. Jack Warner of Warner Brothers had one and German Air Force Commander Hermann Goring had a blue one.”

The custom built Mercedes $540K had not been on display for over 60 years. In 2005 it underwent an award winning restoration so that it could be prepared for this event.

Needless to say, whether customers wanted to see vintage cars, exotics, or the latest and greatest cars being made; The International Auto Show was the place to be.

Bitcoin And Bitcoin Apps For Beginners