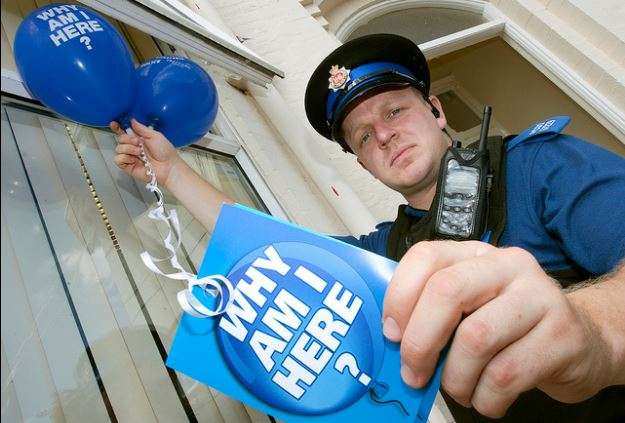 Have The Last Laugh: Burglaries That Went Wrong

You’ve bought a security camera, set up outdoor lights and removed the key from under the doormat. You’re hoping your house is burglar proof but some burglars wouldn’t be able to rob you if you welcomed them in and showed them where the family gold was.

Burglary is a serious business but we let you have the last laugh by showing these break-ins that didn’t end quite as expected.

The Police or The Fire Brigade?

When discussing home security it’s agreed that many burglars can get through any space bigger than a human head, but it appears that depends on how big their dinner was.

One robber in East London took advantage of an unlocked window and grabbed his chance under the cover of darkness. Unfortunately for him he under-estimated his thin frame and got stuck halfway through for almost six hours.

Coming downstairs for breakfast the homeowner called the police, who arrived with ambulance and fire crews. The sight of him being cut free gathered quite a crowd of amused neighbours who definitely laughed the longest. He was eventually freed and arrested topless, having managed to lose his top along the way. Hopefully that window is now locked at night, in case more slight burglars give it a go. 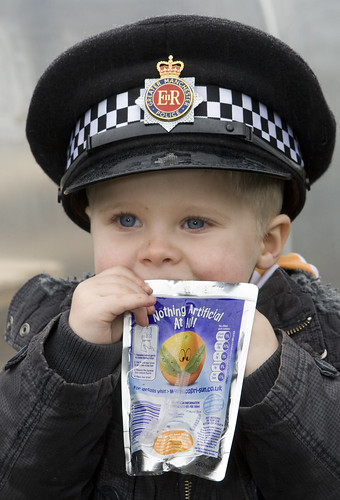 The Revenge Of The Dead

According to the UKDPC one in eight arrests in the UK are drug-related but a burglary in Florida, USA, has probably had the opposite effect and put them off drugs for life.

A group of five burglars robbed a house of its valuable electronics and jewellery, along with something of more sentimental value, the cremated ashes of the homeowner’s father and two Great Danes. It’s thought that the youths believed the ashes to be illegal drugs and snorted some of the ashes.

The homeowner would probably have loved to have been there when they realised their mistake but before they discarded the rest of the ashes in the lake.

It can be difficult setting out on a new career and becoming independent. When things start to go wrong you just feel like you need your mummy and burglars are no different.

A US teenager was found by police hiding in an attic with two friends, after an unsuccessful break-in. As things started to go wrong the teenager did the natural thing and called his mother. Police confirmed it was unusual for criminals to call their parents to the scene of their own crime. Hopefully he got more of a punishment than going to bed without any dinner.

When a burglar climbs through the window or takes advantage of an unlocked door they are hoping to leave with much more than arrived with. If they knew there was a chance they’d leave some of their own crown jewels behind they’d probably think twice.

A burglar in Russia got a nasty surprise when he broke into the flat of a 30 year-old handicapped man. Woken in alarm, the victim defended himself from attack by landing his crutch right between the legs of the thief. The burglar fled back out of the window without realising he’d left something behind, his testicle!

The handicapped man put it on ice but eventually the burglar’s whole scrotum had to be removed to prevent gangrene. A burglary couldn’t have gone more wrong.

Time To Give Up

Sometimes it gets to the point when you have to admit that you’ve chosen the wrong career. Residents in Kent got their own back as they formed a crowd to ridicule a break-in attempt that had gone a little awry.

During a daytime robbery a 32-year-old man got his shoe caught as he subtly tried to smash his way through a house’s window with a hammer. Unclear exactly how he managed it, the burglar was left hanging upside down from the window, as people gathered round to watch with glee. Hopefully he knows when he’s been beaten and is considering a new career path.

Unfortunately not all burglars are as inept as this bunch. Make sure your home security is up-to-date so that you don’t find your valuables taken or a burglar hanging by his shoelaces from your light fittings.

Louise’s status as a new mother makes her fiercely defensive of her home, and she is currently musing over a moat and drawbridge. She writes here for Fly on the Wall.

No Waiting In Line At Restaurants Anymore (Video)