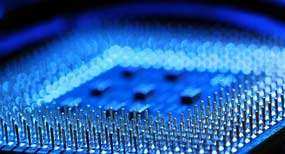 Intel’s new chipsets models z97 Chipset and h97 Chipset are on their way to market soon , for many people this is great news but for some who just upgraded while they read this not so much good news.

The next generation of Broadwell have started to emerge out by the way Broadwell is codenamed for the new Intel’s 5th generation chipsets which the launch is not that far ahead.

Some of the leaks say that the new generation of Intel’s 5th Generation chipset could bring the latest SATA express with speed from 10 to 16 GB/s comparing to the current 6GB/s speeds on some current motherboards. Which the SSD will fully benefit from these changes.

The good news for some this will be compatible with the current LGA 1150 sockets so you could put your intel’s 4770k CPU ,