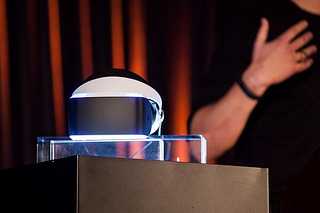 The virtual reality for PlayStation 4 by Sony which works along with the PS4 Camera And Move making it a future item.

The future for gamers just keeps getting better and better making games come to life even more while being able to interact with your physical movements.

The specs that were leaked but not final yet: 960x1080p which supports 180 degree’s head rotation.

This is not the oculus rift this was development by the same people who made PlayStation move.

What the Project Morpheus VR claims it is a plug and play system which you can go to a store and purchase and plugin into your ps4 and start playing straight away.