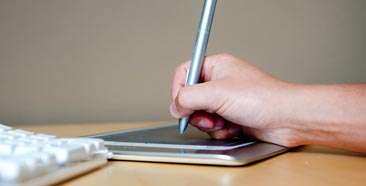 Since 2010, the tablet computer has rapidly become one of the most popular devices in public use, with 100 million sold in just 30 months between April 2010 and October 2012. Here, we take a look at what you can expect from the tablet in 2014.

Although the Tablet was originally conceived by most people as a personal device, more businesses are expected use the Tablet in lieu of PCs, according to Tom Mainelli, an analyst at IDC. The larger tablets make it possible to perform more tasks quickly and, unlike PCs, are easily transportable to different destinations and more portable than the regular laptop.

3D printing on a grand scale

According to Jamie Carter, a journalist for techradar.com, orders for 3D printers could increase by around 75 percent by the end of 2014, while total orders could double in the following year. According to Kevin Curran, who works as a senior member for IEEE (Institute of Electrical and Electrical Engineers), the tablet industry will become ‘more virtual’, enabling fans of the Minecraft computer games to realise their own artistic creations, for example. 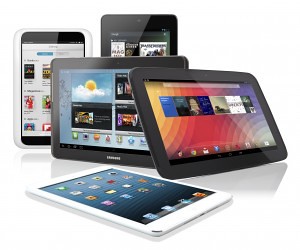 Traditionally, there was a trend for many popular devices like phones to become smaller over time, as this was regarded as convenient and practical from a consumer perspective. Now, however, people want that little bit of additional screen space for activities like viewing photos and reading novels. For example, the new Panasonic Toughpad 4K UT-MB5 (not touchpad!) will be 20 inches and will be targeted at creative people that regularly work with imagery and diagrams, examples of which could include graphic designers or photographers.

The rapid advancement of the ‘phablet’

In January 2014, Samsung announced its plans to create larger tablets and many more phablets to its product offering in the coming year, which will typically feature screen sizes of 5 to 6 inches. The new phablets will offer better functionality via multi-window features and pioneering displays.

By 2014 or 2015, it is predicted that tablets will already outsell conventional PCs due to their high popularity with the consumer market. According to the market intelligence company IDC, tablet sales could rise to 260.9 million in 2014, while PC sales may still be higher at 295.9 million. However, by 2015, tablet sales could rise by around 40 million to 300.7 million, while PC sales will remain relatively stable at 293.5 million. By 2018, however, there could be more than 380 million table sales across the world, almost 100 million more than the predicted number of global PC shipments for the same year.

Some of the top-ranking tablets so far in 2014.

The iPad mini, with its impressive Retina display, is still a firm favourite among tablet lovers, although this model has already been surpassed by the newer, more technologically advanced Google Nexus 7. The 7-inch Amazon Kindle Fire HDX 7, meanwhile, features a 2.2GHz quad-core processor, although it is less complex than the Android and is more suited to individuals looking for a simple, easy-to-use tablet, particularly people purchasing their first tablet.

Other features in years to come?

Tablets of the future could become bendable and may become increasingly lighter and transparent. By the 2020s, tablets and smart phones could even generate real-life holograms, sparking the beginning of a new global ‘holographic revolution’. However, there is little indication of this happening just yet.

[/accordion] [alert heading=”Author” type=”alert-success” block=”false” close=”false”]Damian Coates is the Commercial Accounts Director of Utilize who are a leading IT support provider in Essex, Kent and London[/alert]
Blog