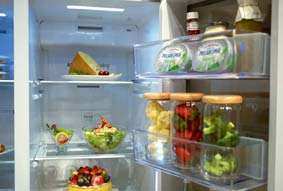 Magnetic Technology Will Run the Refrigerators of the Future

However, that is not always the case. The compressor system that provides the cooling power for today’s refrigerators essentially works off the exact same technology that’s been used in refrigerators for over 100 years now. The developments and changes we’ve seen in refrigerators over the decades have essentially just been window dressings: the technology at the heart of the machine has remained the same for all that time.

A group of researchers at GE Labs is working to finally change that. The team is working on an innovative new method of providing cooling technology using magnetism.

While most people associate magnetism with the outside of refrigerators, it has been widely known for years that magnets had the potential to provide cooling, based on a scientific principle known as the magnetocaloric effect. The magnetocaloric effect basically describes the idea that certain types of metals get either hotter or colder depending on their location in relation to a series of magnets.

According to Jason Hope, the new development from GE Labs is an exciting moment, because it represents a whole new generation of refrigeration technology.

“Technology observers such as myself tend to talk about technological development as a series of great leaps forward,” said and entrepreneur Jason Hope. “That may not be the way things always play out in real life, but I think this is one example where we are completely right to think about things that way. What we’re looking at is nothing short of a paradigm shift in refrigeration technology.”

The idea of using magnetic refrigeration technology is monumental because of the long-lasting technology it would be replacing.

“It’s not often that you see a certain type of technology that can last for over a hundred years with only small updates to the basic idea. That’s what we had with compressor refrigeration technology, so it’s exciting to see what benefits we might be able to get out of the new technology that’s replacing it.”

After years of research and engineering work, the team at GE Labs has finally succeeded in building a prototype machine using the magnetic refrigeration technology. The prototype is the size of a small cart, and is able to reduce the temperature inside the machine by up to 80 degrees. 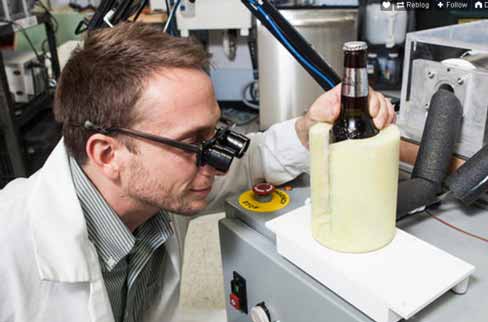 While the development of a working prototype is certainly a monumental breakthrough for the team at GE Labs, there is still a lot of work left to be done before the machines find their way into stores and homes in big numbers. The team at GE predicts that the new machines could be on the market within the next decade. According to Mr. Hope, the fact that the technology still has a ways to go before it actually start improving lives is no reason to not get excited about the current developments.

“Like any new technology, there’s going to be moments where something is on the cutting edge, and then, years later, there’s going to be a moment where something becomes a part of the mainstream. There are still a lot of details that need to be sorted out with these new machines, including finding a way to make sure they can be manufactured cheap enough for the mass market, but other than that, this idea seems like the technological equivalent of a slam dunk.”

[alert heading=”Author” type=”alert-success” block=”false” close=”false”]Amy Taylor is a technology and business writer. Amy began her career as a small business owner in Phoenix, Arizona. She has taken that knowledge and experience and brought that to her unique writing capabilities. She really enjoys new business related issues that are tied directly to technology.[/alert] [accordion title=”image source” id=”id-here”]