Over 1200 people were injured mainly from glass when the explosion of the meteorite took place over central Russia.

The explosion broke windows damaged buildings, we haven’t seen anything like this decades a go. 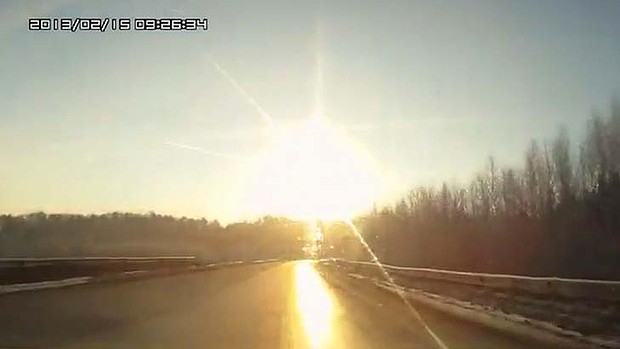 The trail could be seen from over 200 kilometers away the travel speed of the fireball was traveling around 30 kilometers per second.

Here is a video you will see what a sonic boom is, this sonic boom  is delivered from a jet plane

As you will see on the video you will be amazed of the fireball traveling without any time for people to evacuate than in the end all you will hear is a sonic boom which the fireball releases from the speed it is going.