A transparent smartphone with multi touch display is amazing where the future of smartphones is going. 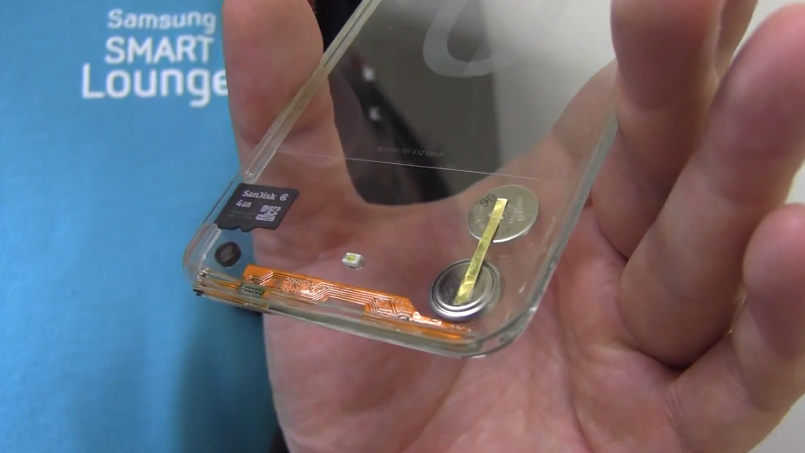 with micro sim card with microphone and batteries just like a regular smartphone. This new early stage prototype uses a smart glass technology which means all the stuff that can be seen such as the batteries the motherboard will be covered in the bottom.

Everything from movies like the Iron Man 2 is coming to reality in a fast pace.

A running version of the transparent smartphone to be available  by the end of the year.

Once only seen in Sci-Fi Movies now is about to become reality in the not to long future.