The virtual communication is being developed by NTT a company which is trying to recreate how we communicate to each other to make it seem more realistic than ever.

How this works is there are tracking sensors from the kinect that track your movement so while you are moving the object on the screen move so it makes it seem more realistic, while being miles away from the person.
The screen is also 3D which would mean you will have to wear glasses so things appear 3 dimensional while you are chatting with a business partner or a loved one. 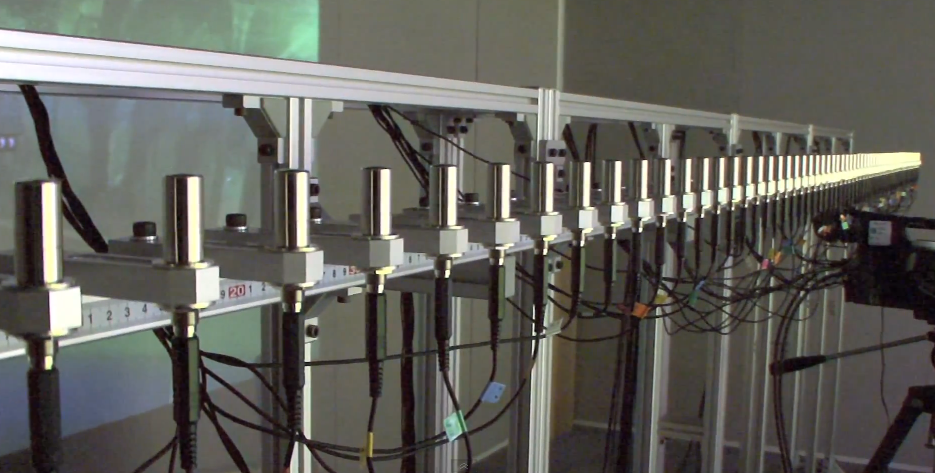 There is a unique technology that is used a real time wave front synthesis which is used to pick up sounds and replay algorithm to a larger microphone and speakers, to maintain the physical properties of the sound waves, so it can reproduce the wave front sound in real time. 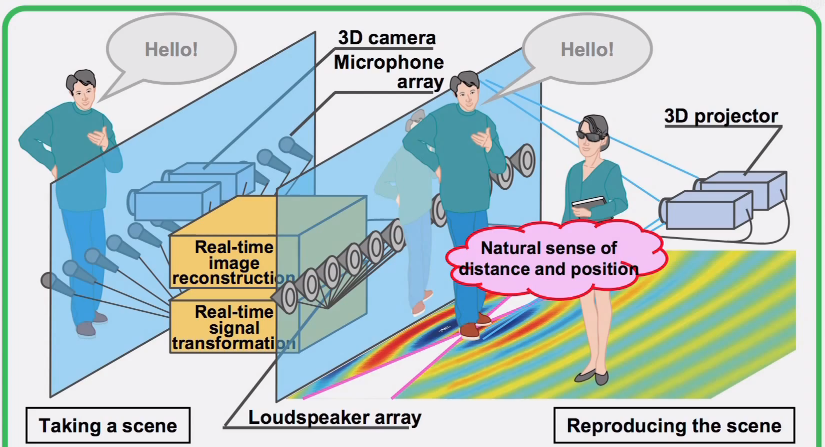 There are 64 microphones that are used which distribute the sound to 96 speakers on the back of the screen.

This new audio technology was announced back 2012 by NTT .

So combining this new sound technology with a 3D video NTT has achieved a real-time communication which is more realistic than ever.

First Smartphone From Mozilla The Alcatel One Touch Fire