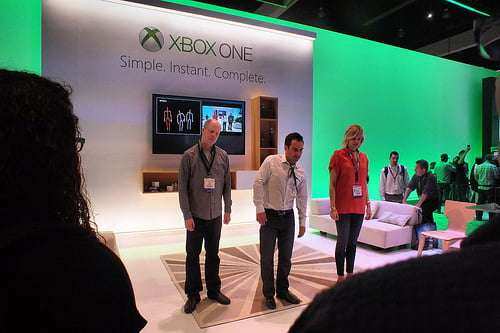 What’s New In The Latest Xbox?

What’s New In The Latest Xbox?

Anyway let’s not get too caught up in the name, after all it’s just a name, I mean I wouldn’t be happy if people judged me for how my parents named me. So what has this new Xbox one got to offer? And how will it compare to its big competitors the Wii U (also a questionable name) and the PS4 (a more conventional naming from Sony).

To start let us just have a quick look at how the previous generation’s consoles sold to the worldwide market and what this will mean for the new generation. A fact that will come as a surprise to many gamers and non-gamers alike is that the Wii has actually sold more units worldwide than its competitors, currently sitting at around the 100 million unit mark. It was also announced recently that due the PS3’s remodelling and dramatic reductions in price that Sony have surpassed Microsoft in the console war with PS3s hitting 77 million sales while the Xbox 360 was on 76 million in January this year.

It has also been predicted that the Wii U will sell 50 million units by 2016. I am not sure how they calculate that but if that is the case then that is a dramatic increase from how the Wii did in the market and will be incredibly difficult to beat for its competitors.

So what does the new Xbox have to offer to try and win the war against its Eastern enemies? Well Microsoft has described it as ‘rocket-science stuff’, something that is sure to excite gamers across the world.

Microsoft seems to believe that ‘rocket-science stuff’ consists of the combination of television, internet and gaming. So far I am not convinced. I am sure I have seen this somewhere before. However, when we delve a little deeper into what Microsoft means by this and things get a little more interesting. In fact, the wait for the launch suddenly becomes completely unbearable.

The integration with TV refers to the fact that Microsoft will become content creators, for example their big news is that they have hired a pretty decent director that you may have heard of; Spielberg potentially, to make a television series based on the Xbox best seller Halo; a programme that will be available exclusively on Xbox. Now things are getting interesting and the announcement that Microsoft will also be agreeing exclusive rights with the biggest sports broadcasters, in order to integrate live sporting spectacles into their games and the Xbox one quickly becomes the most hotly anticipated console of the three big-hitters.

Guest post contributed by Simon Belfield an avid techno geek with a love of all things gaming, from the latest PS4 & Xbox One to his beloved PC. Simon is currently looking into the world of PC gaming on his laptop. BT Shop Laptops are a great place to find high spec laptops for gaming.

The Most Technologically Advanced Car Ever Built