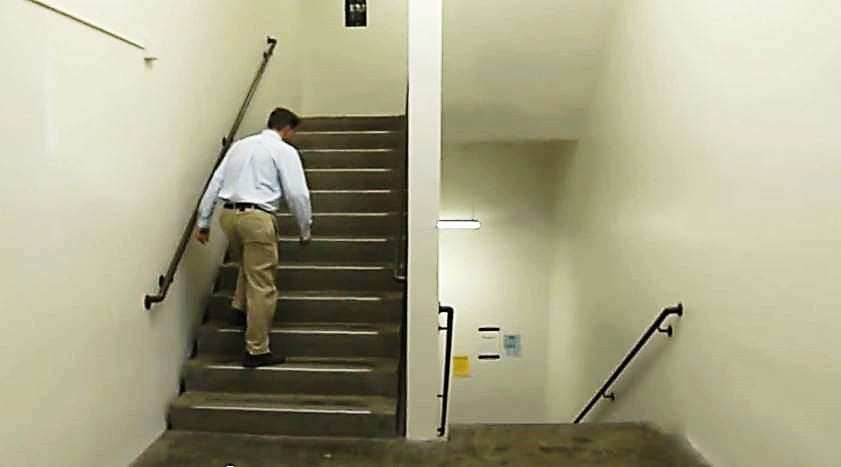 The Escherian Crazy Stairwell illusion amazing stairs designed by a Filipino architect named Rafael Nelson Aboganda which was built in late 1968 which amazed anyone who goes there.

The experience for the first time are just amazed at the experience without being able to comprehend how the stairwell work, the mastermind behind this illusion amazes people even today after all of this years.

There is no tilting involved in this grand architecture illusion , the stairs look normal but when you climb the impossible becomes possible the Escherian stairwell.

This all look real does it , well this is a hoax fake video created by Michael Lacanilao to create College awareness and it has truly done its work by making so many people like you read through this article and watch the video even sharing it with other people.

How Different Would Life Be Without Mobile Phones?