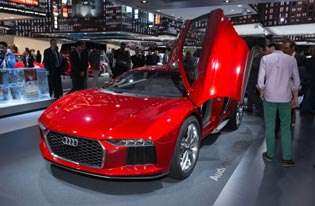 Welcome to the future. Audi and BMW have introduced self driving cars, and have gone so far as to modify their prototypes already. Development is racing along at a blistering pace almost as fast as the cars themselves. Apparently, they’ve been introduced to take the pressure of drivers in challenging situations.

But, what precedent does this set? Can it somehow interfere with the driving process in the midst of a serious or life-threatening situation? Imagine if you want to swerve right, but your car knows better. Perhaps we’d better take a closer look at this self-driving car enigma and its potential ramifications.

Self Driving Cars: Pros and Cons

Overall, the self driving car doesn’t really drive itself completely. It’s more for emergency situations and has yet to be legalized. However, this is both an exciting and scary advent for motor vehicle technology – imagine where it could lead.

There are about six fatal accidents on the road in Australia every day. If self-driving cars could prevent that from happening (say when the driver needs a break or has to take a call) the options open up for a safer driving experience on the roads in general. However, what happens if a vehicle is forced to make one of those untimely emergency stops and causes an accident. What if that accident leads to fatalities? And if that happens, who’s really to blame for the deaths of those involved?

It could be argued that the blame should lie squarely on the shoulders of the makers of the self driving cars. Alternately, the blame could be placed on the driver who was in the midst of a crisis or fell asleep behind the wheel. Either way, self-driving cars produce and entirely different set of rules and regulations which need to be taken into account before they’re allowed on the roads. After all, it’s not necessarily true that they’re better than regular cars at all. How would self-driving cars adapt to driving on either the right or left side of the road when in different countries?

The questions are near endless, and the more that crop up, the more implausible a self-driving car appears to be. Unless the technology is advanced and is nearlu flawless, the future of these enigmas might be bleak. The first step would be convincing the governments that they are worth the trouble of including in road and safety laws. Which would you prefer: self-driving or regular?

cars and technology, Self Driving Cars