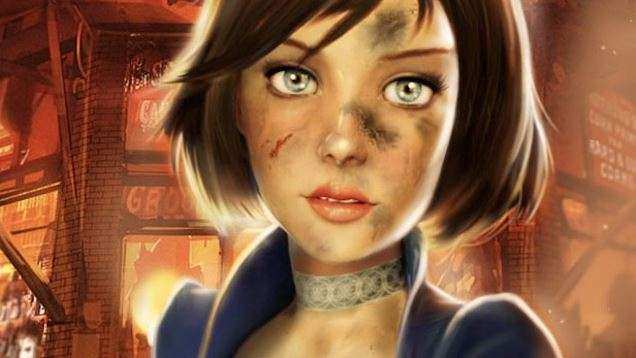 2013 is shaping up to be a fantastic year for gaming, with a almost unparalleled line-up due to fill your gaming time throughout the year. But, at over a quarter through the year, what are the best video games of 2013 so far? Which titles blew away all expectation and will live down in history as some of the best games of this generation?

If you haven’t played some or all of these titles, you’ve definitely missed out.

Tomb Raider managed to renew a series that was dangerously stuck in the PS1 era. Before the reboot, games like Underworld struggled to build around the original formula, and as a result interest (and sales) waned. Thankfully, they shook everything up, creating a game that’s not only very entertaining in its own right, but which is a worthy part of the Tomb Raider series.

You play as Lara Croft, a young woman lost on an island populated by psychopaths. You need to survive, by any means necessary, find the rest of your shipmates and get home. Along the way, you’ll unravel the mysteries of the island, and discover the toll that survival can have.

Ni no Kuni: Wrath of the White Witch

Ni no Kuni was always going to be a cult favourite. From its traditional RPG elements to its wonderfully animated cut scenes, this Level-5 modern classic was, at best, likely to end up on the mainstream fringe, like Persona, but ended up performing far better than anybody could have imagined.

If you’re one of those people who feel Final Fantasy has lost its way, or that want a Pokemon-esque game but with a slightly fresher delivery, Ni no Kuni is almost certainly for you. A critical darling, this is one that RPG fans just shouldn’t miss, which makes us put this in the  Video Games Of 2013 category.

While DmC: Devil May Cry ended up disappointing many long-time series fans, Revengeance impressed more often than not. Aside from the occasional grumble of “not what I’m used to,” most people went in with an open mind and came out surprised by how Metal Gear this non-Metal Gear was.

Playing as Ninja Raiden gives players the chance to hack and slash across the Metal Gear universe, performing crazy stunts. With a decent story and plenty of replay value, this is a game that’s more-than-passable at full price, and an absolute steal at anything less.

This has been an absolutely awesome year for fans of the RPG genre, with Fire Emblem Awakening becoming yet another fan favourite. This 3DS exclusive has managed to accrue a 92% rating on Metacritic and has become the top rated English-language release for the Fire Emblem series.

If you’re not in the mood for Ni no Kuni’s turn-based battle, you’d perhaps enjoy the tactical RPG combat in Fire Emblem Awakening. Incredibly tight and mischievously addictive, prepare yourself for hours of play. that’s why this deserves the Video Games Of 2013

What would this list be without mention of Bioshock Infinite, a game that only the original Bioshock has managed to keep up with in terms of critical reception. Garnering dozens of 10/10 reviews, Infinite is a title that will make the player think, not only about the moral grey areas that the game deals in, but also about their role as the player.

Top 5 Video Games Of 2013 So Far are very interesting and fun to play.

If you ignore everything else on this list, Infinite is a shooter that may just redefine not only what we think of the genre, but also of gaming as a whole.

Mat Growcot is a passionate video gamer, he plays on PC, PS3 & XBox 360, but his second passion is writing game reviews and his next target is Company of Heroes 2 Review